A high-ranking Afghan government delegation has traveled to Kandahar to investigate the recent clash between Afghan and Pakistani forces at the Chaman crossing in Spin Boldak, said the National Security Council (NSC) in a statement on Sunday. 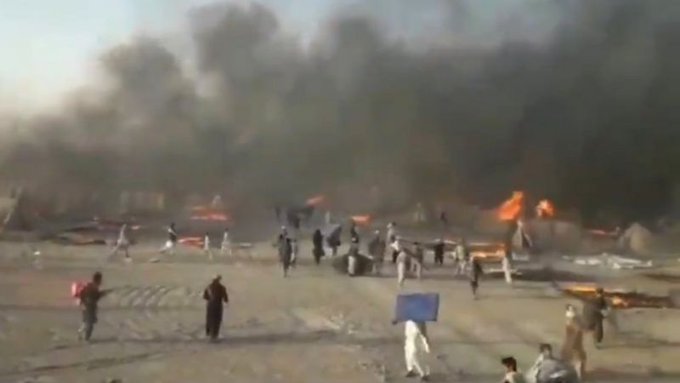 The delegation is led by the deputy head of the NSC, the statement said, adding that members of the delegation also include representatives from the ministries of foreign affairs, defense and interior, as well as the National Directorate of Security (NDS) and the Independent Directorate of Local Governance (IDLG), the statement said.
The delegation will first meet with provincial officials in Kandahar and “than will visit the area of the incident,” the statement said.
On Saturday, MoFA said that Afghanistan has raised the issue of the recent clash with Pakistan’s embassy in Kabul and the Pakistani ministry of foreign affairs.
Meanwhile, Pakistan’s Foreign Minister Shah Mahmood Qureshi has also urged the need for a diplomatic solution to the tensions that emerged in the wake of recent clashes in Spin Boldak district.
The Spin Boldak clash left at least 15 Afghan civilians dead and 80 more wounded.
In the meantime, a number of Afghan citizens have criticized President Ghani for not taking the issue of Pakistan’s shelling on Afghan soil seriously.
Pakistan’s foreign ministry in a statement on Friday blamed the Afghan security forces for starting the clash on Thursday night at the Spin Boldak crossing in Kandahar.
Afghan officials claim the shelling was started by Pakistani forces.
Over the past several years, Pakistan has frequently launched missile attacks on Afghan territory along the Durand Line.
Tags:
Kabul Delegation in Kandahar to Probe Spin Boldak Clash
Source : Afghan Voice Agency(AVA)
Sunday 2 August 2020 14:28
Story Code: 215956 Copy text available
Featured news
Rahmani Praises Top 3 Passers of National University Entrance Exam
Ghani: Customs Recruitments should be Independent
EU Envoys Stress On Urgent Need For Comprehensive Ceasefire In Afghanistan
Daudzai: Pakistan Showing They Are Serious About Support For The Peace Process
Afghanistan thanks Pakistan for facilitating Afghan peace process
COVID-19: 6 New Cases Reported From 224 Samples Tested
1
Afghan, Pak Officials Discuss Abdullah’s Upcoming Pakistan Trip
2
Political Deputy spoke at the Ministerial Meeting of Foreign Ministers of Landlocked Developing Countries on the sidelines of #UNGA