America's first crewed spaceship to fly to the International Space Station in nearly a decade returned safely to Earth on Sunday, splashing down in the Gulf of Mexico. 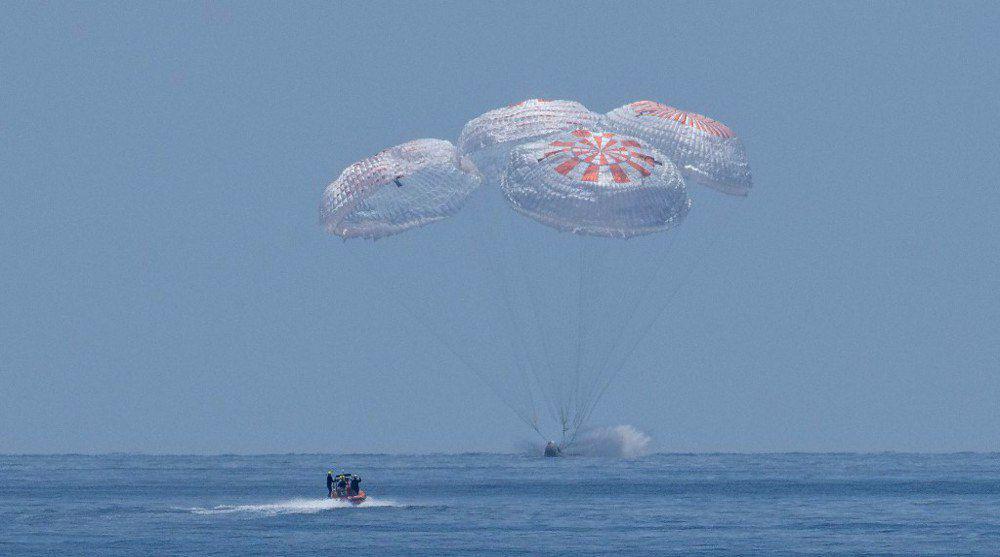 The successful mission, carried out jointly by SpaceX and NASA, demonstrated that the United States once again has the capacity to send its astronauts to space and bring them back.
SpaceX Crew Dragon Endeavour's four main parachutes gently floated down to the water after the vessel landed off the coast of Pensacola at 2:48 pm (1848 GMT).
It was the first water landing for a crewed US spaceship since the 1975 Apollo-Soyuz mission.
Pilot Doug Hurley, one of two astronauts on board along with commander Bob Behnken, said: "It's truly our honor and privilege."
"On behalf of the NASA and SpaceX teams, welcome back to planet Earth and thanks for flying SpaceX," replied SpaceX's Mike Heiman, to laughter in the control room.