US to cut troop levels in Afghanistan

- Washington should ensure there is no terror threat when leaving Afghanistan, US defense chief says 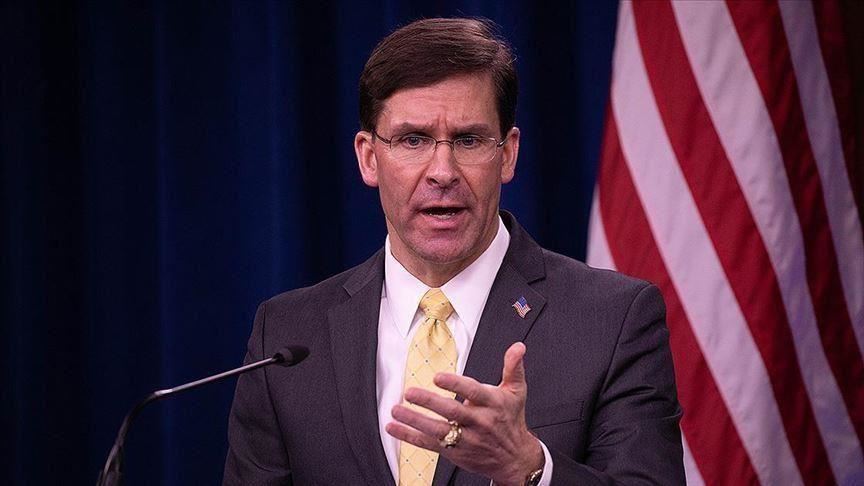 The US will cut troop levels in Afghanistan to less than 5,000 by the end of November, according to its defense chief in an interview with Fox News.
Pentagon officials will inform Congress about the plan and "the US should ensure that there is no terrorist threat against it when leaving Afghanistan," said Mark Esper.
US President Donald Trump told Axios in an interview Aug. 4 the US withdrew from Afghanistan to a considerable extent and the number of troops there will soon decrease to 8,000.
Trump also said the US will lower troops to between 4,000 and 5,000 in Afghanistan by the US presidential election in November.
Tags:
US to cut troop levels in Afghanistan
Source : Afghan Voice Agency(AVA)
Sunday 9 August 2020 13:46
Story Code: 216383 Copy text available
Featured news
Rahmani Praises Top 3 Passers of National University Entrance Exam
Ghani: Customs Recruitments should be Independent
EU Envoys Stress On Urgent Need For Comprehensive Ceasefire In Afghanistan
Daudzai: Pakistan Showing They Are Serious About Support For The Peace Process
Afghanistan thanks Pakistan for facilitating Afghan peace process
COVID-19: 6 New Cases Reported From 224 Samples Tested
1
Afghan, Pak Officials Discuss Abdullah’s Upcoming Pakistan Trip
2
Political Deputy spoke at the Ministerial Meeting of Foreign Ministers of Landlocked Developing Countries on the sidelines of #UNGA