Trump was ‘absolutely wrong’ to negotiate with Taliban: McMaster

The Trump administration has been “absolutely wrong” in its negotiations with the Taliban in Afghanistan, former US national security adviser HR McMaster said Monday night 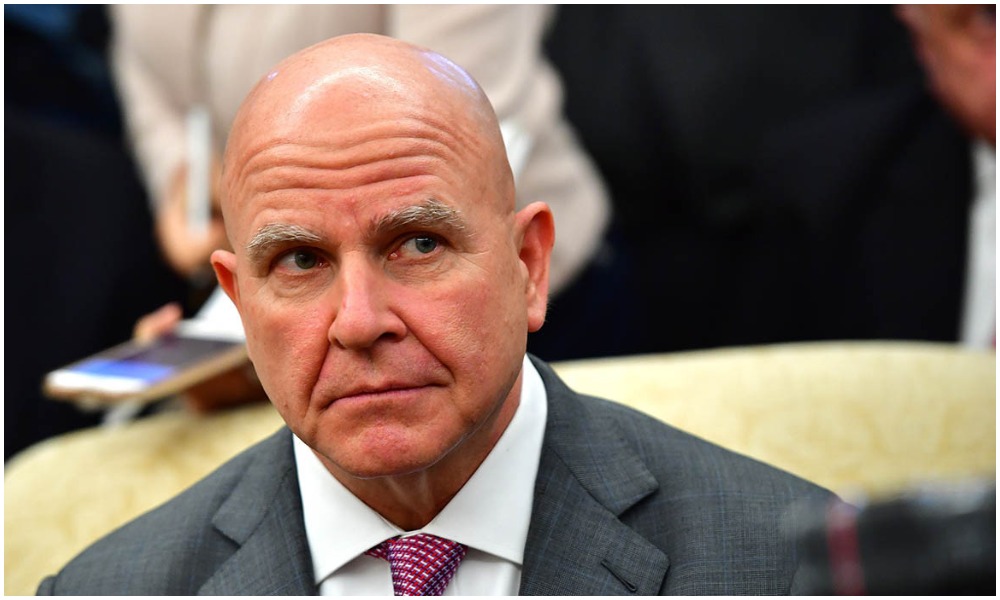 Appearing on CNN International’s Amanpour show, McMaster was asked by host Christiane Amanpour about the White House’s talks with the Taliban as the administration works towards a complete troop withdrawal by April next year.
She asked whether McMaster believes “to fulfill a promise to pull all American forces from overseas that cozying up to the Taliban is a national security sensible thing for the United States to do right now.”
“I think that the Trump administration policy has been absolutely wrong since the negotiations began with the Taliban,” McMaster replied.
“What I think is paradoxical about this, regrettable about it, is the Trump administration has replicated almost precisely the fundamental flaws in the Obama administration approach to Afghanistan,” he said, “and that is this flawed assumption, this belief, that there’s this bold line between the Taliban and al-Qaeda.”
There is a tendency, he said, toward “strategic narcissism — defining the world as we would like it to be and then assuming what we do is decisive to the outcome, and in this case, creating the enemy we would prefer.”
McMaster said what worries him is what “power-sharing with the Taliban” looks like?
“Is that mass executions in the soccer stadium every other Saturday? Is that every other girls’ school bulldozed?” he said. “So I’m very concerned that this negotiation process made too many concessions.”
“Forcing the Afghan government to release 5,000 of the most heinous people on earth who could form the backbone of a rejuvenated terrorist infrastructure as well as cutting a deal,” saying simply “just don’t plot against the United States,” he said.
He said there are brave Afghans fighting daily to preserve the freedoms that they have achieved since the end of the Taliban regime in 2001, implying Trump’s policy was going against everything the Afghan nation has been fighting for.
“About 30 Afghan soldiers and police give their lives every day” to protect the Afghan population against “these terrorists who commit mass murder of innocent people as their principle tactic in a war against all humanity.”
He said the Trump administration’s policy towards the Taliban “is a disaster” and “it’s something I hope can be reversed.”
Tags:
Trump was ‘absolutely wrong’ to negotiate with Taliban: McMaster
Source : Afghan Voice Agency(AVA)
Tuesday 29 September 2020 10:01
Story Code: 219756 Copy text available
No Decision Yet By Trump On Additional Troops: McMaster
Pakistan’s Envoy To U.S Meets McMaster, Discusses Afghan Issues
Atmar, McMaster Discuss New U.S. Strategy in Video Conference
HR McMaster visits Afghanistan after MOAB attack
McMaster Talks to Civilian, Military Leaders in Pakistan
Featured news
Imran Khan: Pakistan Contributing ‘Positively’ To End Violence, Bring Peace To Afghanistan
Blast in Kabul kills three, wounds 12
Peshawar blast: At least seven dead in Pakistan school attack
Saudi funds $10 million program to help returnees and IDPs
4 Negotiators Return Home Empty Handed, Freezing Peace Talks in Doha
Car Bomb Targets Police Special Unit in Khost
1
Atta Noor asks India to ‘engage with Taliban without giving them legitimacy’
2
NATO Presence in Afghanistan Conditions-Based: Stoltenberg
3
Top al-Qaeda leader killed in eastern Afghanistan: Officials
4
Taliban abduct acting district governor in Takhar
5
Afghanistan Latest: At Least 30 Killed in Saturday's Blast in Western Kabul
6
Next months decisive for Afghanistan: NATO chief
7
6 Killed, 2 Injured In A Militant Attack on Kamal Khan Dam: Nimroz
8
Raoof Hassan replaces Asim Bajwa as PM Imran Khan’s special assistant on information
9
Pakistan succeeds in successfully implementing key points on FATF: Hamad Azhar
10
Six Security Personnel Protecting Kamal Khan Dam Killed: Official