U.S. Embassy Paid $8 Million For Meals It Did Not Need And Were Not Provided

An audit by the U.S. State Department’s Office of Inspector General (IG) found $8.4 million was paid for unneeded meals that were not provided at the U.S. Embassy in Kabul and other facilities in Afghanistan whose contracts were managed by DynCorp International. 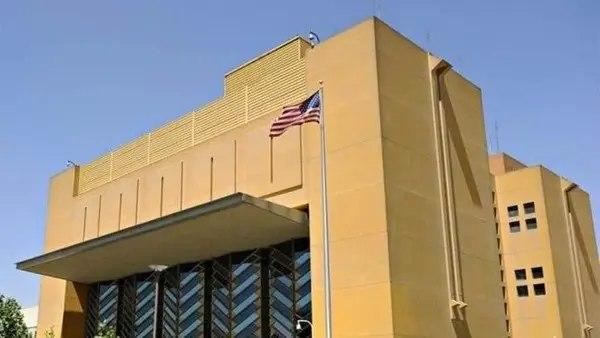 In a report released on Tuesday, the IG said that the “[State] Department did not consider the declining number of personnel living and working at the embassy compound and outlying U.S. Government facilities when it decided to exercise option year 4. As a result, the number of meals estimated in the task order for option year 4 was higher than it should have been.”
Poor oversight by DynCorp International, poor record-keeping and insufficient monitoring by the contracting officer led to the expenditure, the report concluded.
The State Department had paid DynCorp about $353 million in 2015 for a five-year contract to provide food, security, fire protection and medical and other services.

As per contract stipulations, DynCorp was to provide three meals a day, seven days a week, across multiple dining facilities on the embassy compound as well as other outlying government facilities for about $21 each.
DynCorp receives a fixed amount to provide about 2.9 million meals each year but the actual number of meals needed dropped over the past few years as the U.S. mission in Afghanistan reduced its footprint and Camps Sullivan, Seitz and Eggers closed in 2019.
However, a contracting officer last year based meals on 2016 personnel figures, the IG said. By the time the State Department reduced the number of meals in November, millions of dollars had been wasted.
The IG concluded, that the U.S. cannot recover the $8.4 million paid for the meals due to poor record keeping and cannot be assured that DynCorp followed the terms of the contract.
Share
+1
Tweet
Tags:
U.S. Embassy Paid $8 Million For Meals It Did Not Need And Were Not Provided
Source : Afghan Voice Agency(AVA)
Thursday 1 October 2020 12:17
Story Code: 219916 Copy text available
US Urges Afghanistan To Not Delay Intra-Afghan Peace Talks
US Offers $5 Million For Information On Men Kidnapped In Afghanistan
US to cut troop levels in Afghanistan
US cargo plane lands in Israel in support of the regime's Iron Dome
USAID steps in to help WFP feed 95,000 desperate Afghan families
Featured news
'We Backed US Forces' Presence in Afghanistan': Putin
Pakistan to cooperate with Afghanistan ‘regardless of who is in power’
Religious Scholars Call Current War 'Illegitimate'
‘Regional consensus can drive peace in Afghanistan’
Angry Afghans call for immediate ceasefire after Daesh
21 Gov’t Officials to Face Justice on Corruption Charges
1
Afghan Pine Nut Exports To China Help Nuristan Farmers
2
Afghan-Pakistan Customs Officials, Traders Meet At Torkham
3
With Increased Crop Yields, Harvest Festival Celebration Held In Bamiyan