Supporters of Gulbuddin Hekmatyar’s Hezb-e Islami party blocked the road leading to the Loya Jirga tent in Kabul city on Thursday, to block the supporters of former president Dr. Najibullah Ahmadzai from entering. 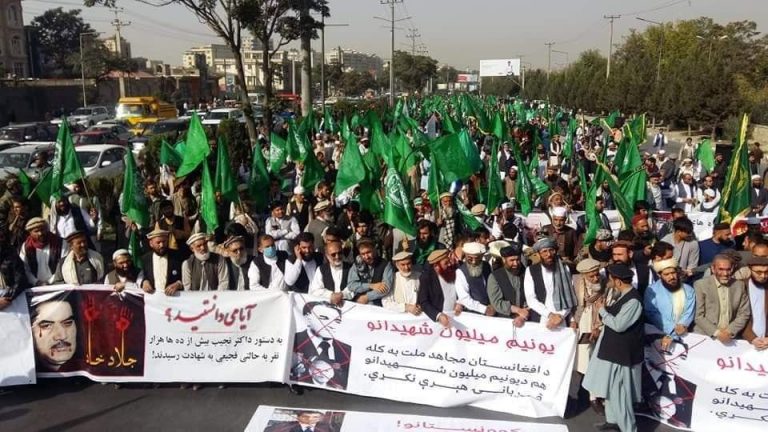 The demonstration was held to protest the commemoration of the 24th anniversary of the assassination of Najib which was to be marked today.