China and Russia have launched their first joint naval drill in the Yellow Sea off China’s east coast amid heightened tensions between Beijing and its Asian neighbors over maritime disputes. 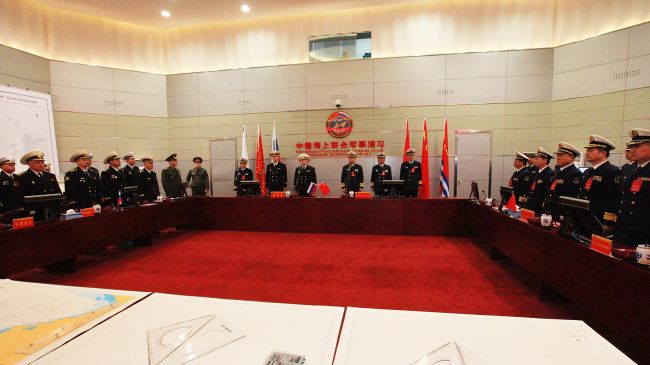 The six-day-long naval exercises kicked off on Sunday near Japanese waters and China's Qingdao city off the coast of Shandong province with the presence of more than 4,000 Chinese servicemen in the maneuvers, Press TV reported.

A total of 16 vessels and two submarines from the Chinese navy together with 13 aircraft and five shipboard helicopters as well as four warships from the Russian navy's Pacific fleet and three supply ships will take part in the drills.

"This joint military exercise is a long scheduled one between China and Russia in order to uphold regional peace and stability," Chinese foreign ministry spokesman Liu Weimin told reporters on Sunday.

The drill will focus on joint maritime air defense, anti-submarine tactics, maritime search and rescue, according to China's Defense Ministry.

The maneuvers coincide with the two-week-long joint military exercises between the US and Philippines near the South China Sea as both Beijing and Manila are at loggerheads over a disputed Scarborough Shoal that is believed to be rich in oil and gas reserves.

Beijing also disputes a chain of islands in the East China Sea, which is also claimed by Japan.