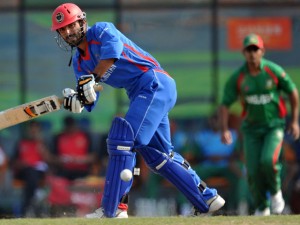 Cricket Australia (CA) on Monday said full details of the match, including the format, have yet to be finalised, but the Australians view the fixture as recognition of Afghanistan’s “increasing importance in world cricket”.

Everyone in world cricket have been really impressed with how cricket has flourished in Afghanistan, despite its pressing national problems,” said Cricket Australia chief executive James Sutherland in a statement.

“As an ICC member, CA strongly supports world cricket’s ambition for cricket to continue to develop as a global sport and that, combined with the strong relationships between our two countries, encouraged us to look at how we might recognise and encourage Afghanistan by playing them on the field.

“We also look forward to hosting Afghanistan in the ICC Under-19 World Cup in Australia in August.”

Afghanistan will be part of the ICC World Twenty20 in Sri Lanka in September, where they have found themselves in a very difficult group with India and England. They also played in the 2010 World T20 and will be competing in the Under-19 World Cup next August, to be held in Australia.