The decision by the War Party in Washington to send its 17th commander to Afghanistan points to the dark future being readied for the long-suffering people of that ill-fated country. 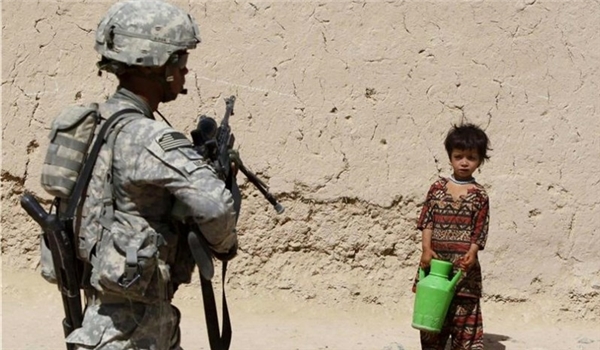 AVA- Some 17 years into the war, Gen. Austin Scott Miller has gone to Afghanistan to take over control of the US-led occupation, replacing outgoing Gen. John Nicholson. Miller is the 17th commander to lead the protracted war, one of the worst current man-made humanitarian disasters.
He has been participating in the war in Afghanistan from the beginning, though. He was present during the 2001 US invasion, then at the rank of lieutenant colonel. He was among the forces sent during President Obama’s escalation of the war, as a brigadier general. Now, he is a full general, commanding the longest war in American history.
Like his predecessors, Miller is not going to make any changes. Per usual, he will follow the historic trend of taking over, promising a review of policy, offering nominal changes and quickly falling out of favor, only to be replaced by the next commander. Gen. John Nicholson followed that trend. After leaving, he said it is “time for this war in Afghanistan to end.” Such a comment would have had more impact when he was actually in charge. Instead, he spent his time in charge talking up how the war was winnable.
The same will be the case for Miller. Soon he will also leave Afghanistan, all while urging the War Party to end its unwinnable war. He knows that victory in any traditional sense is nowhere in sight. The War Party’s efforts to occupy insecure and contested areas in Afghanistan will fail.
After all, according to the Pentagon’s own reports, the Taliban is still contesting control of or has controlled greater parts of the country, while Afghan government control and influence over districts has declined. In fact, the Taliban has overrun government checkpoints and outposts on a near-daily basis. And keep in mind that the Taliban is now only a fraction of the story. The US set out to defeat it and Al-Qaeda in 2001. Today, Washington even started to make use of Al-Qaeda offshoots in Afghanistan - including an imported franchise from the Iraq War front, ISIL - that has grown larger in recent years.
Given this seemingly dismal state of affairs, you might wonder what Miller could possibly do to reverse America’s fortune. Not much really. Like his predecessors, he will be quietly ushered out of Afghanistan in disgrace – on the face of it, implicated in the aerial destruction and war crimes. He however will provide further justification for the War Party’s incremental occupation on the pretext of fighting terror, pouring billions of dollars, American military know-how, and American lives into a black hole in Afghanistan that is of America’s own creation.
In his confirmation, Gen. Miller once put a spotlight on one of the most critical shortcomings of Washington’s “infinite war,” one that has afflicted every level of the US establishment from the White House and the Pentagon to the special ops community: a failure to see the truth. He has already acknowledged that the war in Afghanistan - the one he has been fighting on and off for almost two decades – is “generational,” a war of abysmal repetition.
He now admits what he and other commanders had always failed to consider after 17 years: “This young guy sitting behind me,” he said, referring to his uniformed son, “I never anticipated that his cohort would be in a position to deploy as I sat there in 2001.”
That is a pretty shocking fact. America and its crew of geopolitical dreamers are stuck in the quagmire of Afghanistan. They will never win their generational war, despite trying everything in the US manual of military tactics, including dropping “the mother of all bombs,” the largest non-nuclear munition in that military’s arsenal. They can never conquer, subdue, control, pacify, or win the hearts and minds or anything else of enemies who often fight their trillion-dollar foe using weaponry valued at the price of a McDonald cheeseburger!
Think of it another way. Years from now, don’t be surprised if you heard Miller’s son saying the same thing to his uniformed grandson regarding the longest war in American history, markedly with some tactical successes but far greater failures and humanitarian sufferings. It’s likely as well that amid all that repetition, innocent civilians will still be dying, painfully being ignored, uprooted and displaced across the planet.