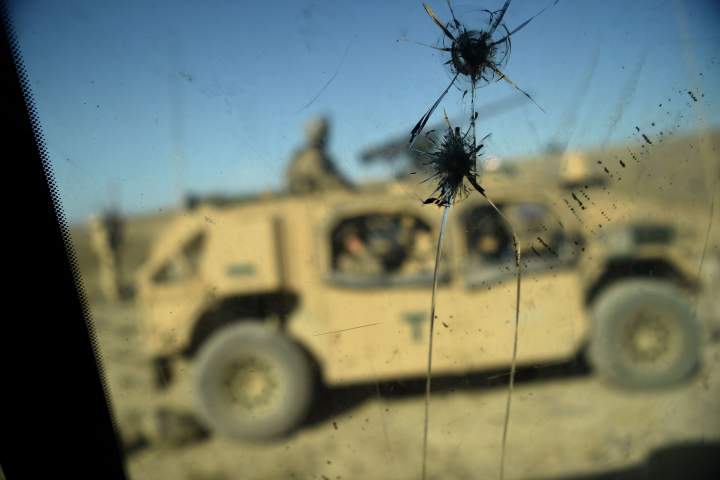 The withdrawal of US troops would also send a serious message of diminishing US power
President Donald Trump’s election promise of withdrawing US troops from Afghanistan has been on-again, off-again for quite some time. In its latest iteration, a proposed detente with the Taliban is
being discussed , which, if successful, would provide the political capital needed for his 2020 re-election.
While sounding logical, considering the 18 years of war, a US departure from Afghanistan would create a geopolitical reconfiguration detrimental to the US and favourable to China.
As US involvement in Afghanistan drags on, the land and its people further cement their reputation as the graveyard of empires. The first thoroughly documented invasion of Afghanistan was Britain’s two ill-fated attempts beginning in 1839 when it was at the height of its power.
The USSR’s invasion in 1979 ended in an embarrassing defeat and was a major catalyst in the fall of the Soviet Union. The US’ failed attempt in 2001 to conquer Afghanistan, even with a population exhausted by decades of war, just adds to this categorisation.
Unassuming and barren, with an inhospitable terrain, Afghanistan looks unbecoming of a superpower’s attention. However, its geography has it cursed. As the gateway linking Asia and the Middle East, in light of the “Great Game 2.0”, controlling Afghanistan is an essential part of ruling the Eurasian land mass.
The discussion of US withdrawal is where idealism clashes with reality. The dynamics have changed since 2001 with the fight against terrorism relegated behind more visible foes. America’s strategic planners now have to contend with China as a primary factor, given that its geopolitical ambitions collide with US national interests.
For China, an unoccupied Afghanistan would create opportunities for greater efficiency in trade, in addition to security benefits.
The great-power politics of the 21st century between China and the US have Afghanistan front and centre. China’s Belt and Road Initiative  aims to create continental and maritime connectivity that shores up trade and resources, thereby facilitating a Chinese-led order. When one superimposes the initiative’s routes over the region, Afghanistan’s strategic importance becomes obvious.
What favours China in this equation is its shared border with and direct entry into Afghanistan through the Wakhan Valley, a buffer created in the 19th century, originally designed to separate the Russian empire (present-day Tajikistan) and British empire (present-day Pakistan). Additionally, this passage was a transnational trade route for centuries under the old silk road.
Surrounding Afghanistan are countries with favourable foreign policies towards China, courtesy of its largesse. Tajikistan hosts a Chinese military base; Pakistan is a major node in China’s belt and road; and Iran is a beneficiary of Chinese investment that offers a lifeline against US sanctions.

When adding Russia’s historic influence in the region, along with its own strategic partnership with China, one can see a geographical arc of complementarity the Chinese have at their disposal.
As the belt and road quietly moves ahead, Chinese influence has slowly advanced westward of Afghanistan, an important strategic partner being Iran. China is now courting the energy-rich Iraqi government with similar investments in their oil industry.
This makes Afghanistan’s control of the most lineal land bridge between China and the Middle East the last piece of the puzzle for China.
US attempts to prop up the government in Kabul has been a momentous task that peaked long ago. The slow erosion of power from past and present regimes has given strength to the Taliban, thereby corroding the US position. With direct dialogue between the US and the Taliban, reminiscences of Vietnam come to mind.
The shifting power dynamics means a face-saving solution, along with significant compromise, is required.
China’s advantage is its ability to work with governments of all persuasions. Its model of non-intervention allows for the political and ideological sovereignty of its allies, an appealing proposition to nations who fall outside the Western liberal order.
However, its communist ideology could be exploited as being godless to a nation of devout Muslims, thus creating the same conditions the Soviet Union faced 40 years ago.
One can’t discount the security aspect of greater Chinese involvement in Afghanistan either. The growing issues surrounding
Xinjiang and its Uygur population, which border Afghanistan, are China’s Achilles’ heel.
Though Beijing’s attempts at soft power are still inadequate to meet the challenge, by leveraging its regional partners and furnishing aid and development to Afghanistan, its modus operandi will see it increase its sway over the region. If this happens, there would be serious geopolitical ramifications for the rest of the 21st century.
While talk of a US departure from Afghanistan is merited, especially since this theatre of war has now lasted the longest in US history, one should not expect a withdrawal any time soon. As China exercises strategic patience, all the while increasing its influence in the region, the US will have to maintain its current status.
Though Trump has campaigned on the need for America to leave Afghanistan, doing so will only open the way for greater continental reach by the Chinese, while sending a serious message of diminishing US power.