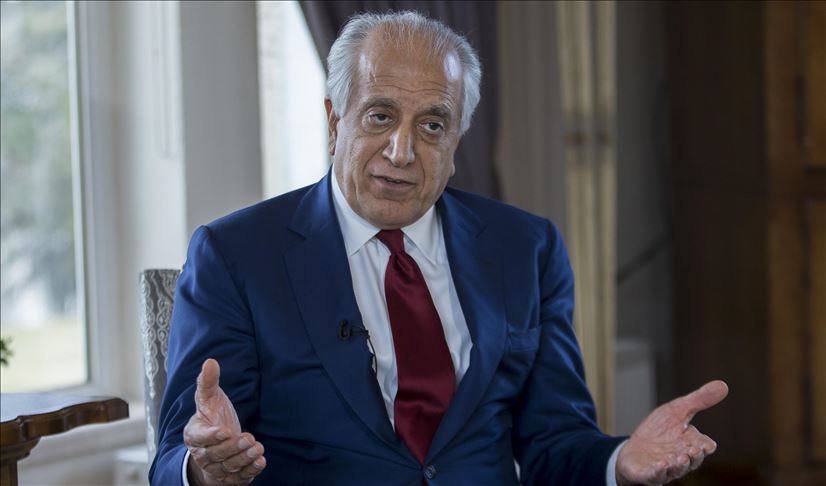 AVA- Following Khalilzad’s two-day visit to the capital Islamabad, the U.S. embassy in the Afghan capital Kabul said: “Ambassador Khalilzad requested and received support for the need to accelerate intra-Afghan dialogue and negotiations as well as a reduction in violence, concrete steps necessary for a comprehensive settlement.”
As part of his fresh tour to five countries to discuss Afghan peace, U.S.’ peace envoy visited Islamabad on April 29-30, meeting senior Pakistani officials, including Foreign Minister Shah Mahmood Qureshi and Chief of Army Staff Gen. Qamar Jawed Bajwa.
An end to the war will bring long overdue peace and stability for Afghans and an independent Afghanistan that precludes it from being used by terrorists to attack the U.S. or any other country, the statement cited Khalilzad as saying.
Kabul, New Delhi, Islamabad, Moscow and London are the destinations of Khalilzad, where he will work to build support for the Afghan peace process amongst the international community as a part of Washington's effort to "facilitate a political settlement" in the war-weary country.
Earlier this month, the U.S. expressed disappointment over postponement of the landmark peace conference between the Taliban and an Afghan peace delegation in Qatar.
Over 200 Afghan politicians and civil society representatives were set to meet the Taliban in the Qatari capital Doha for what was set to be a momentous development endorsed by Kabul and Washington.
However, Taliban opposed and mocked the large size of the Afghan peace delegation saying the conference in Doha is not a “wedding party”.
The proposed talks are since faced with a deadlock amid efforts to revive the nascent peace process as the raging war continues to claim more lives in the war-ravaged country.