Iran's ambassador to the Netherlands has welcomed US Senator Richard Black's recent warning of a fake chemical weapons attack in Syria by Britain's MI6 spy agency to pin the blame on Damascus. 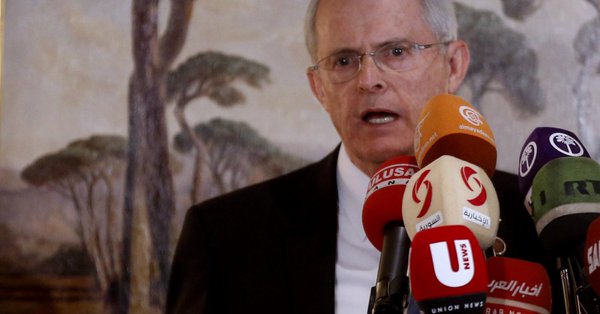 AVA- In a post on his official Twitter account, Alireza Jahangiri said Black's stance on a possible gas attack in Syria "proves" what has been declared repeatedly in the Organization for the Prohibition of Chemical Weapons (OPCW) meetings.
The international community, he added, should pay careful attention to the Republican senator's remarks in order to prevent "disasters like the Iraq war."
In an interview with Lebanon-based Arabic-language al-Mayadeen TV channel last week, Black warned that the MI6 was planning to stage a gas attack on the Syrian people to implicate the government of President Bashar al-Assad.
“Around four weeks ago, we knew that British intelligence was working towards a chemical attack in order to blame the Syrian government, to hold Syria responsible,” he said.
In another interview with The Washington Post, the American senator reiterated his comments, stressing that the UK had no intention of carrying out the attack itself, but it was to direct militants, including members of the so-called White Helmets, to launch the assault.
“From what I can tell, they have been planning a fake attack, not a genuine one, but one where they actually move people out of a town and they have trained people to portray victims of a gas attack,” he said. “And the plan is to use the White Helmets who have always been involved in these notorious deceptions, to portray an attack.”
Black further noted that some of the previous chemical attacks in Syria were "British fakes, pulled off with help from ... White Helmets."
Late last month, Syria provided the UN with evidence revealing Takfiri terrorists' plot to carry out a chemical attack in the country in order to give the US a pretext for an act of aggression.
Similarly, Russia warned of militant attempts to once again stage a false flag gas attack as the Syrian army prepares for a liberation operation in Idlib Province, the last major terrorist bastion in the Arab country.