An 8-year-old girl has been raped by an old man in Afghanistan's central-eastern Ghazni province. 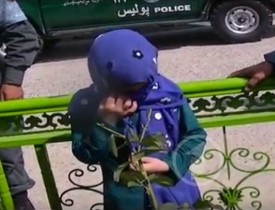 AVA- The culprit man, aged 68, was arrested by police.

The girl faced the sexual assault in the shop of the man, where she went to buy a pen, according to the victim.

Mustafa Mayar, the acting police chief of Ghazni, citing medical report said that the child was brutally raped by the man.

The man, however, rejects the claim.

“Go and check the shop, it is not a place to such things, it is in the village,” he said. “I have a wife… it has been four years since I am not able to have sex with my wife.”

The latest incident of sexual assault involving a child comes a month after three people were arrested in rape of a 7-year-old girl in Khan Abad district of northern Kunduz province.

The girl, who used to sell milk, was murdered following the rape.