Iraq's Foreign Ministry says it was "astonished" at a Reuters report, which claimed that Iran had moved missiles to Iraq, saying the claim lacked any "tangible evidence." 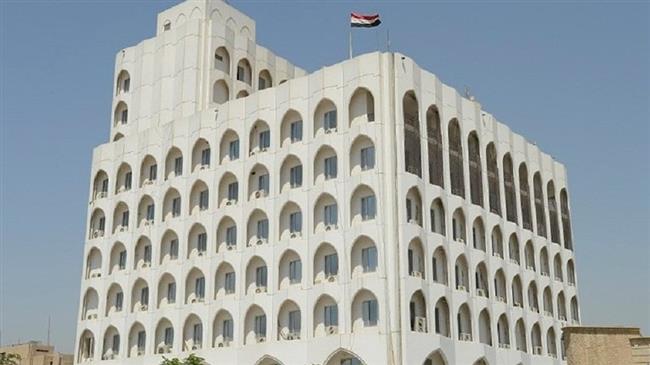 AVA- "Iraq is not obliged to respond to media reports that lack tangible evidence backing up their claims and allegations," the ministry said in a statement on Sunday, adding, "All state institutions in Iraq uphold Article 7 of the constitution, which prohibits the use of Iraqi land as a base or passage to be used in operations targeting the security of other states."
According to the statement, the Iraqi Foreign Ministry said it was "astonished at the allegations" contained in the Reuters article.
In an exclusive report on August 31, Reuters quoted unnamed sources as claiming that Iran has given ballistic missiles to Shia fighters in Iraq and is developing the capability to build more there to deter attacks on its interests in the Middle East.
The report alleged that Iran had transferred short-range ballistic missiles to its allies in Iraq over the last few months.
Iranian Foreign Ministry Spokesman Bahram Qassemi on Saturday vehemently rejected as "false, meaningless and ludicrous" the missile claim, saying it aimed to stoke Iranophobia in the region.
"What has been raised and published by some infamous cells and certain media about the transfer of Iranian missiles to Iraq is a nonsensical statement and sheer lie," Qassemi said.
He added, "The report is solely aimed at creating fears among regional countries" and is in line with Iranophobic policies.
Iran has been lending military advisory support to Iraq and Syria as per requests by the two Arab countries’ governments in the face of foreign-backed Takfiri terrorism.
The Islamic Republic's missile program and its regional presence has been the target of intensified Western propaganda over the past few months.
The Iranian and Iraqi reactions to the Reuters article came as US Secretary of State Mike Pompeo expressed his deep concern over the possible transfer of Iran's ballistic missiles to Iraq, saying the move was a "gross violation" of the Iraqi sovereignty and UN Security Council Resolution 2231.
"Baghdad should determine what happens in Iraq, not Tehran," Pompeo said on his Twitter account.
The United States is unhappy with close relations between the two neighboring countries of Iran and Iraq, which have grown exponentially since the fall of former Iraqi dictator, Saddam Hussein.
Lately, Saudi Arabia has gone on a charm offensive to woo Iraq away from the Islamic Republic by inviting Iraqi leaders to Riyadh and pledging to invest in the country.
Iran’s Defense Minister Brigadier General Amir Hatami said in April that the country’s relations with Iraq are so deep and strong that they will not be affected by “mischievous interventions” of other parties.
“The Islamic Republic considers it as its responsibility to join in Iraq’s reconstruction,” he said, noting, “It is the Islamic Republic’s policy to assist the Iraqi people and government under all circumstances.”