President Mohammad Ashraf Ghani has instructed the security and defense officials to prepare security programs for the upcoming ceremonies of Ashura and Martyrs Week. 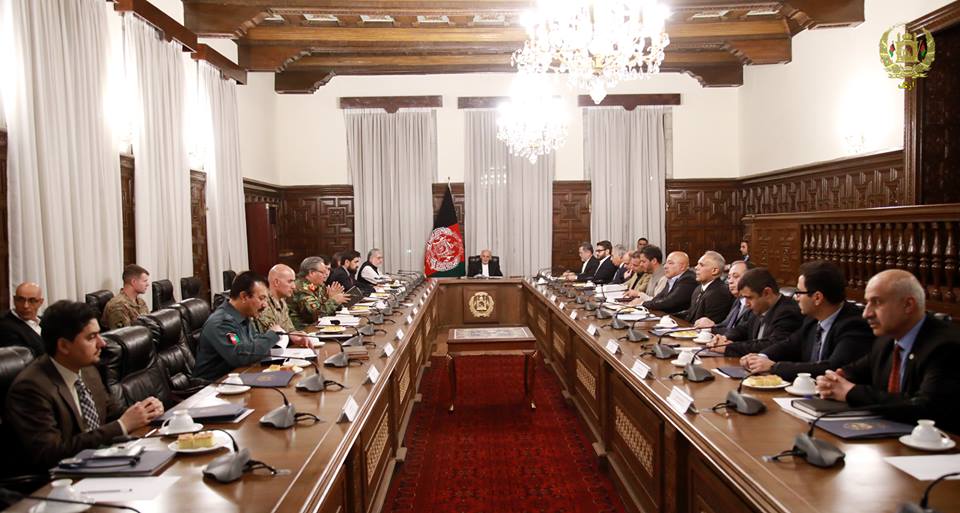 AVA- The Office of the President, ARG Palace, in a statement said the meeting of the Commander-in-Chief of the Armed Forces was organized in ARG Presidential Palace on Thursday evening.
The statement further added that the security and defense officials presented their report regarding the recent attack on a Wresting Club in the vicinity of the 6th police district of the city.
The meeting reviewed the report and instructed the security and defense officials to prepare security programs to cover the security of Kabul city, particularly for the western parts of the city as well as all other provinces during the upcoming ceremonies of Ashura and Maryrs Week, ARG Palace said.
The statement by ARG Palace also added that the security and defense officials have been asked to present the programs to the presidential palace.
This comes as the anti-government armed militants, specifically the ISIS loyalists have stepped up attacks against the Shi’ite targets in West of Kabul city during the recent months.
At least twenty six people were killed and ninety one others were wounded in two back to back explosions in Dasht Barchi area in West of Kabul city on Wednesday evening.