Any peace agreement with the Afghan Taliban would depend on the declaration of a permanent ceasefire and a commitment to end the country’s long war, the U.S. special envoy for peace in Afghanistan Zalmay Khalilzad said on Sunday. 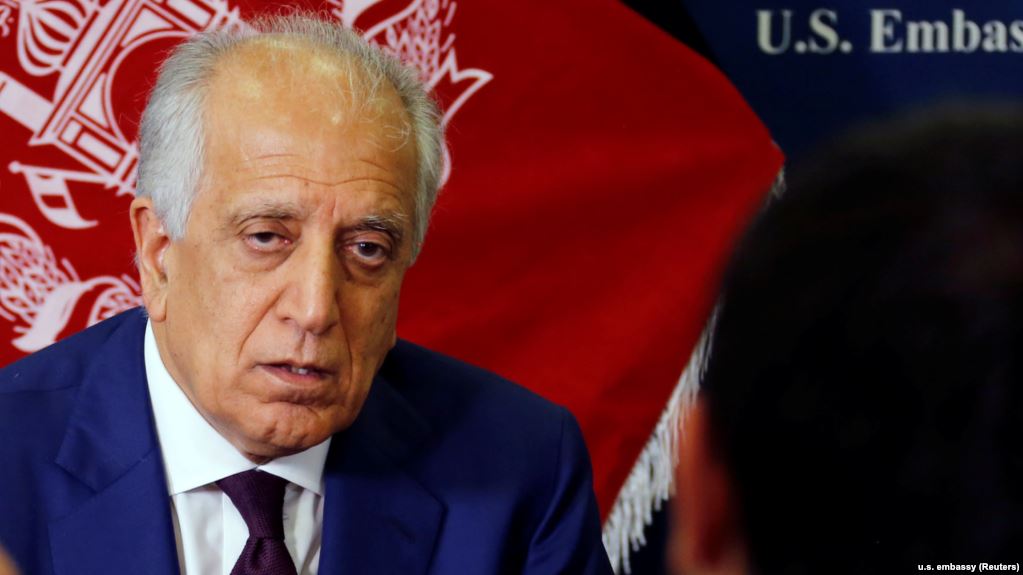 AVA- In an interview with Afghanistan’s largest private television station, Tolo News, Khalilzad said the Taliban’s demands were focused on the withdrawal of U.S. forces from the country.
“Our focus is on terrorism. No agreement will be done if we don’t see a permanent ceasefire and a commitment to end the war,” said Khalilzad. “We are seeking peace and (a) political settlement ... We want peace to give us the possibility to withdraw.”
The Afghan-born U.S. diplomat arrived in Kabul on Saturday to meet President Ashraf Ghani, part of a multi-country tour ahead of his next meeting with the Taliban in Qatar.
The United States has about 14,000 troops in Afghanistan as part of a NATO-led mission, known as Resolute Support, that is training and assisting the Afghan government’s security forces in their battle against Taliban fighters and extremist groups such as Islamic State and Al-Qaeda.
U.S. President Donald Trump wants to reach an agreement to end his country’s longest-ever war, which dislodged the Taliban from power in Afghanistan following the Sept. 11, 2001 attacks on the United States.
Intense fighting is still going on all over the country, and while the Taliban are negotiating, they now control and influence more territory than at any point since 2001.
A plan to cut the number of staff at the U.S. embassy in Kabul by up to half starting late next month has alarmed some who fear such a move could undermine the fragile peace process.
Before Khalilzad embarked on his tour, the State Department said he will “press forward on negotiations with the Taliban to reach a consensus on core national security issues, and urge their participation in an inclusive intra-Afghan dialogue.”
After several rounds of talks, Khalilzad has reported some progress toward an accord on withdrawing U.S. troops and on how the Taliban would prevent extremists from using Afghanistan to launch attacks as al Qaeda did in 2001.
But the Taliban still refuse to negotiate with Ghani’s government, which they call a puppet regime controlled by the United States.
Khalilzad told Tolo news that he had tried in recent weeks to foster such a dialogue, adding there had been some progress “but not as much as I wanted”.
Hopes for a breakthrough were dashed earlier this month when planned talks in the Qatari capital Doha between the Taliban and 250 Afghan representatives collapsed.
Hoping to renew the push for direct talks with the Taliban, Ghani has convened a grand consultative assembly on Monday.
The Loya Jirga, a traditional gathering of elders, religious scholars, and prominent Afghans, will see more than 3,000 people gather amid tight security for four days of discussion under a large tent in Kabul.