The agreement corresponds to the government negotiations on development cooperation between Afghanistan and Germany in Kabul on 26th September 2018. Then, the German government pledged to support the Afghan energy sector’s development. 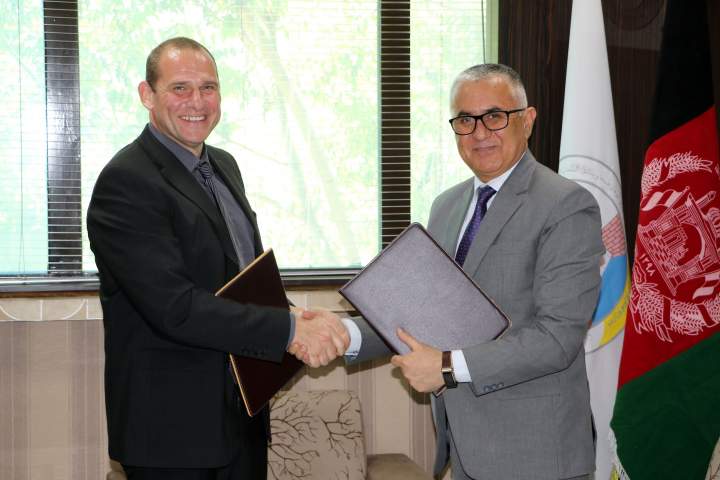 Yesterday, the Afghan Ministry of Energy and Water (MEW) and the Afghan-German Cooperation’s Energy Sector Improvement Programme (ESIP) signed a cooperation and implementation agreement in Kabul. The agreement aims at facilitating the implementation of the Afghan government’s renewable energy policy.

The Afghan-German Cooperation will invest about AFN 264 million until end of 2019.

At the signing ceremony, the Minister of Energy and Water, Mr Mohammad Gul Khulmi, emphasised, ‘Implementing regulatory elements helps the government and the private sector to meet the sector’s objectives. We appreciate the support and contribution of the Afghan-German Cooperation.’

The Afghan government aims at increasing the country’s energy generation from currently 600 megawatts to 5,000 megawatts by 2032 to reduce import dependency. Then, domestic power generation from renewable energy sources, such as thermal and hydro energy, shall amount to 2,300 megawatts. ESIP’s director, Mr Frank Fecher, highlighted, ‘The German government is committed to support the Afghan energy sector in reaching the set goals in terms of enhancing domestic electricity generation by renewable energy sources.’

ESIP will support measures to promote energy efficiency, developing regulators such as net metering, and feed tariffs. In addition, it will implement capacity-building activities at private, public, and academic institutions, covering energy saving as well as building and reconstructing energy efficient buildings.

The agreement corresponds to the government negotiations on development cooperation between Afghanistan and Germany in Kabul on 26th September 2018. Then, the German government pledged to support the Afghan energy sector’s development.