Leader of the Islamic Revolution Imam Sayyed Ali Khamenei says Iran is determined to reduce more of its commitments under a 2015 multinational nuclear deal in response to the US’s exit until the Islamic Republic achieves the desired results. 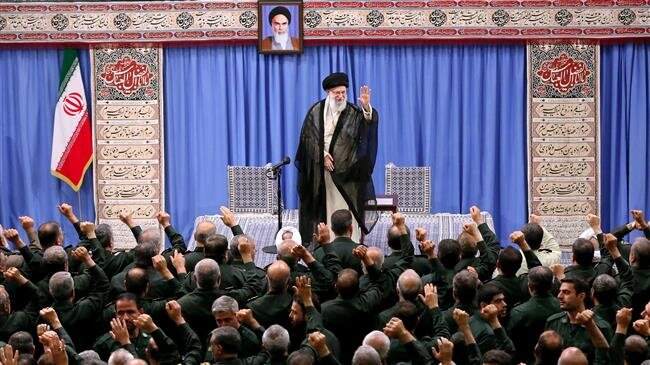 In a meeting on Wednesday with senior commanders of Iran’s Islamic Revolution Guards Corps (IRGC), Ayatollah Khamenei said the Atomic Energy Organization of Iran (AEOI) is in charge of those counter-measures and must fulfill its duty “completely and precisely,” in the manner required by the government.
The Leader further said the US has so far failed will “definitely” fail in the “maximum pressure” campaign that it unleashed against the Iranian nation after abandoning the nuclear deal.
Ayatollah Khamenei said the Americans, in fact, got themselves in trouble by pursuing such a policy.
Having failed to make Iran surrender, the Americans moved to arrange a meeting with Iranian President Hassan Rouhani, which they needed as “a symbol of Iranian submission” to pressure, added the Leader.
Ayatollah Khamenei said the Americans even went as far as “begging and sought the mediation of their European friends,” but they failed to secure such a meeting and will continue to fail.