Saudi Arabia’s national football team visited on Monday Al-Aqsa compound in the occupied East Al-Quds (Jerusalem), in the latest act of normalization by Riyadh with the Zionist entity. 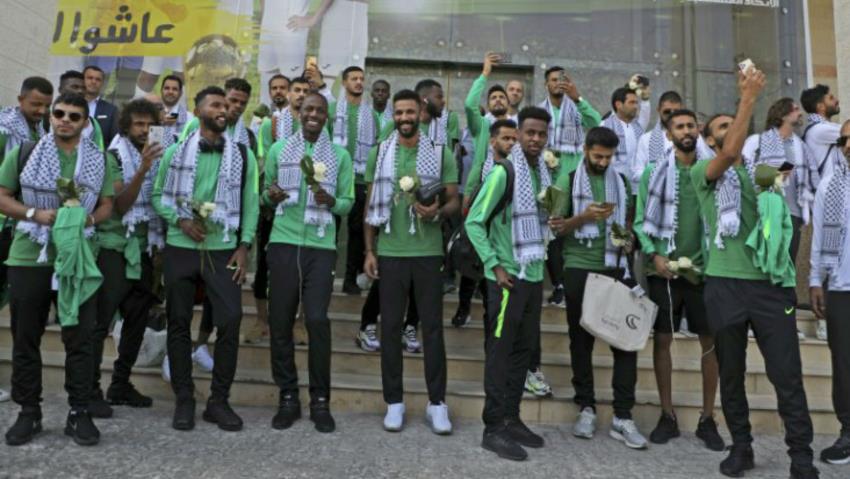 The visit, which comes a day before a World Cup qualifying match against Palestine on Tuesday, has been slammed by Palestinian groups as an act of normalization due to cooperation with occupation authorities.
Photos circulating on social media showed the Saudi players and officials at the mosque compound while on their way to pray.
Palestinian media reported that the Saudi team was accompanied by a private company, sparking anger among Palestinian prayers at the holy compound.
Palestinians who slammed the Saudi team over normalization acts were insulted by the accompanying bodyguards, Palestinian media said, adding that Zionist occupation forces arrested three Palestinians.
The visit is the first time the kingdom’s team visits the Palestinian territories.
“At the request of the brothers in the Palestinian Federation, the Saudi Football Federation agrees to play the first team match in the Asian qualifiers in the city of Ramallah in Palestine,” Saudi Arabia’s Sports Authority said on 3 October in a statement on Twitter.