‘Too Early’ to Name Attendees of China Meeting: Sediqqi

The names of chosen attendees for the upcoming peace meeting in Beijing will not be shared with the public before the date of the meeting has been announced, Sediq Sediqqi, a spokesman for President Ghani, said on Monday. 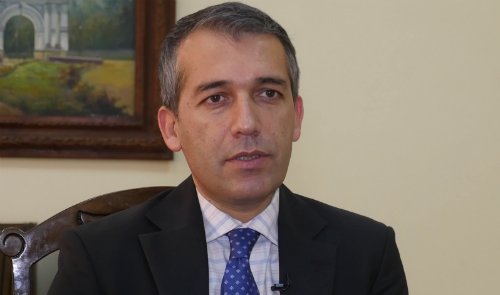 Sediqqi said that the list of participants for the China meeting has been finalized after consultations with various political parties, and he added that the people chose will broadly represent Afghan interests.
“We believe it’s too early to share the list with the public…we tried to make a list that would represent everyone,” Sediqqi said.
At this point, the number of attendees on the list is between 15 and 20, according to sources at the Presidential Palace.
However, some close to former Afghan President, Hamid Karzai have criticized the government-prepared list, particularly recent changes.
“The list that was prepared on November 1 was a good list, and it was shared with the Chinese, and, as far I know, the Taliban agreed (to attend),” Shahzada Massoud, a political analyst said, adding “But later changes have been brought in, which, at the very least, has delayed the meeting.”
Media sources claimed that President Ghani had sent a delegation to Qatar to meet with the Taliban, but the National Security Council has denied the report.
“No delegation from the National Security Council has been sent to any country to negotiate with the Taliban on any issue. We have always been open and clear in any step taken towards the peace and the dialogue,” Kabir Haqmal, a spokesman for National Security Adviser said.
Sources at the Presidential Palace say that the current date for the China meeting is November 21, but they add that neither Kabul nor Beijing has yet finalized the date.
A meeting was originally scheduled for October 29 and 30 in Beijing, but the Afghan government asked China to delay the meeting for unknown reasons.
The Taliban announced that they were invited by the Chinese government and that a delegation from the group, led by the Taliban’s senior leader Mullah Abdul Ghani Baradar, will attend the meeting.
Tags:
‘Too Early’ to Name Attendees of China Meeting: Sediqqi
Source : tolo news
Sunday 10 November 2019 19:01
Story Code: 195282 Copy text available
Peace Deal Should Result In Ceasefire, Direct Talks: Sediqqi
Afghanistan faces a group which has a ‘clear enmity’ with the Afghan people: Sediqqi
Featured news
Khalilzad reacts to Taliban car bomb attack in Samangan province
Taliban attacks kill 19 Afghan forces in Kunduz, Badakhshan provinces
COVID-19: MoPH Reported 28 New Deaths In the Past 24 Hours
Coronavirus warning from Italy: Effects of COVID-19 could be worse than first thought
Pakistani Militia Working With Taliban In Paktia Says Official
Nearly three-quarters of Afghan children want to return to school: survey
1
Strong and positive signal needed in Afghanistan's anti-corruption efforts: donors
2
Taliban: ‘Anti-Peace’ Circles Drawing Links To Uzbek Jihadist Group
3
Kabul To Host Third International Meeting On Peace
4
Dispute Over 592 Taliban Prisoners Solved: Source
5
12 Taliban militants killed in Daikundi
6
Bounty Claims ‘Downright Lie’ Said Russian Ambassador To US
7
UNAMA announces stance on announcement of final results of Afghan presidential elections
8
The Senseless Violence in Afghanistan Must Stop
9
Abdullah will soon finalize list of ministerial nominees: spokesman
10
Regional, International Partners Unhappy With High Level Of Taliban Violence: Foreign Ministry