US, Pakistan enjoy 'great relationship' and are 'getting along very well,' says US president 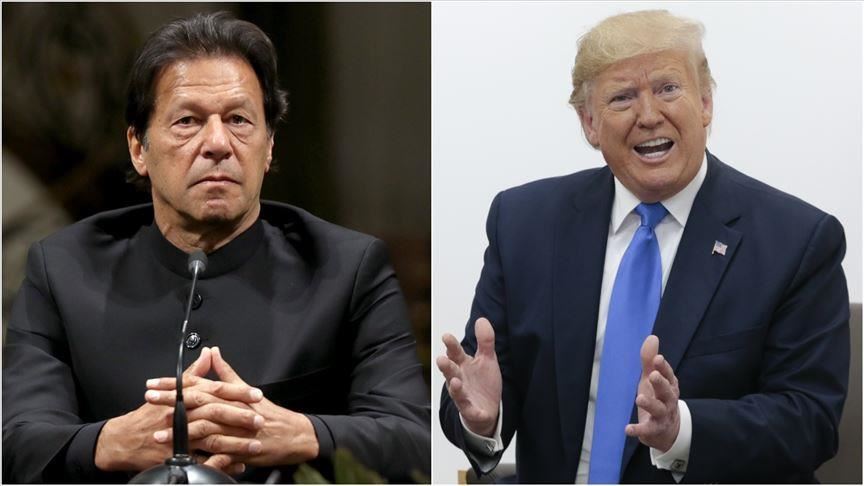 U.S. President Donald Trump met with Pakistani Prime Minister Imran Khan on Tuesday to discuss a range of issues including Afghanistan and India.
Ahead of bilateral meeting on the sidelines of the Davos economy forum in Switzerland, Trump told reporters both countries enjoy a "great relationship" and are "getting along very well."
"We have never been closer with Pakistan the way we are right now. We are very close right now because of the relationship we have," said Trump.
Khan said many issues would be the focus of the meeting, singling out Afghanistan as a main one which he said concerned the U.S. and Pakistan.
"Fortunately, we are on the same page. Both of us are interested in peace there," said Khan.
In remarks, he called India as "big issue" of the meeting topics, "We always hope that U.S. would play its part in resolving" the row with India on disputed Kashmir region, he said.
"No other country can," said Khan. Trump responded "right.”
India and Pakistan hold Kashmir in part and claim the Himalayan region in full. China also controls part of the contested region, but it is India and Pakistan that have fought two wars over the territory.