Iran to Israel: Don’t you dare take any foolish action against our interests in Syria

Iran has warned Israel against any act of aggression targeting its interests in Syria and the region, saying it will not hesitate to give a crushing response to any “foolish” act by the Tel Aviv regime. 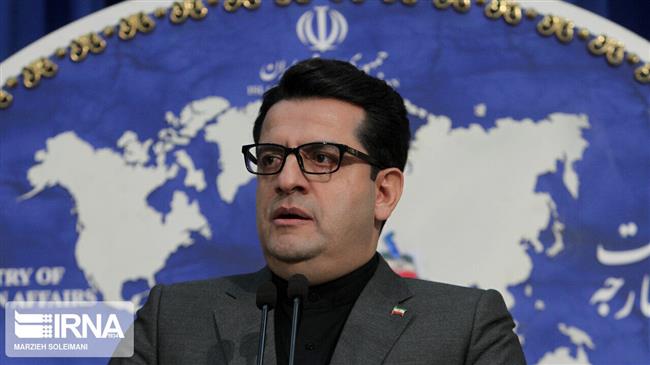 “The Islamic Republic of Iran will give a crushing response to any act of aggression or foolish move by the regime (Israel) against our country’s interests in Syria and the region, which will make them regret [their measure],” Iranian Foreign Ministry Spokesman Abbas Mousavi said on Wednesday.
Mousavi said that Iran has been present in Syria upon an invitation by and based on an agreement with the Damascus government with the aim of combating US and Israel-backed terrorism, noting that the country will not back down when it comes to “safeguarding its national security and regional interests.”

He said that Israel is characterized over the past 70 years as a terrorist regime that has occupied the Palestinian land and parts of regional countries and pursued massacre, terrorism and acts of aggression.
He stressed that Iran will take Israel’s threats and bellicose remarks to international circles.
The comments came in response to earlier remarks by the Israeli minister for military affairs Naftali Bennet who threatened to act against Iran in Syria.
He said that Israel will continue operating against Iran “until we achieve our final goal: expelling Iran out of Syria.”
“We will continue to prevent Iranian presence on our northern border,” Bennet said, and threatened Iran with attacks while accusing the Islamic Republic of trying to establish terrorist bases.

Iran has frequently announced that it has no forces operating on the ground in Syria and has been only offering military advisory assistance to Syria at the request of the Damascus government to enable its army to speed up its gains on various fronts against terror outfits.
While Iran has been helping Syria with anti-terror campaign, Israel has launched recurrent attacks on the Arab country in defiance of all international laws and regulations.
Israel claims the attacks are targeted at certain forces linked to Iran, but such raids are widely viewed as a means of support for the foreign-backed Takfiri terrorists, who have been suffering stinging defeats from the Syrian army in recent years.