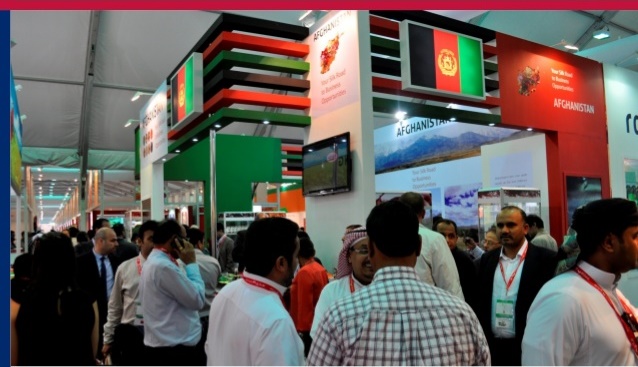 For the 10th consecutive year, the United States Agency for International Development (USAID) is supporting the participation of Afghan agribusinesses.
“Expanding sales of Afghan products in these important export markets means better incomes for farm families, dignified jobs for Afghan women and men, and increased revenue for government,” said USAID/Afghanistan Mission Director Peter Natiello. He added, “The U.S. government, through USAID, remains committed to support Afghans in their quest for peace and prosperity.”
Women-owned businesses are participating as exhibitors and observers to boost their prospects for export through important international hubs for regional food exports, such as Dubai. The event offers an extraordinary opportunity for Afghan exporters of high-end produce to get a foothold in lucrative overseas markets.
“Thanks to USAID who linked us with importers from the UAE, South Asia, and Eastern Europe during Gulfood 2019, we signed contracts worth almost $4 million. Trade is one of several ways in which our country can prosper. USAID is helping us stand on our feet and harness those opportunities,” said Aman Gul, Vice President of Afghan Moman Ltd.
Gulfood Expo covers a million square feet of exhibition space for 4,200 exhibitors and welcomes over 98,000 trade visitors from 152 countries. The Afghan Pavilion is located in Hall No. 9, Stands F9 and G9 of the Dubai World Trade Center.
USAID-supported Afghan exporters have signed millions of dollars in deals since 2011. Last year, 27 traders generated more than $113 million in signed and potential deals for fruits, nuts, and other agricultural products.