A planned $1 billion cut in U.S. aid to Afghanistan would come from funds for Afghan security forces, according to three U.S. sources, a step experts said would undercut both Kabul’s ability to fight the Taliban and its leverage to negotiate a peace deal with them. Secretary of State Mike Pompeo announced the reduction on March 23 and threatened to slash the same amount next year to try to force Afghan President Ashraf Ghani and his political rival Abdullah Abdullah to end a feud that has helped stall U.S.-led peace-making efforts in Afghanistan. 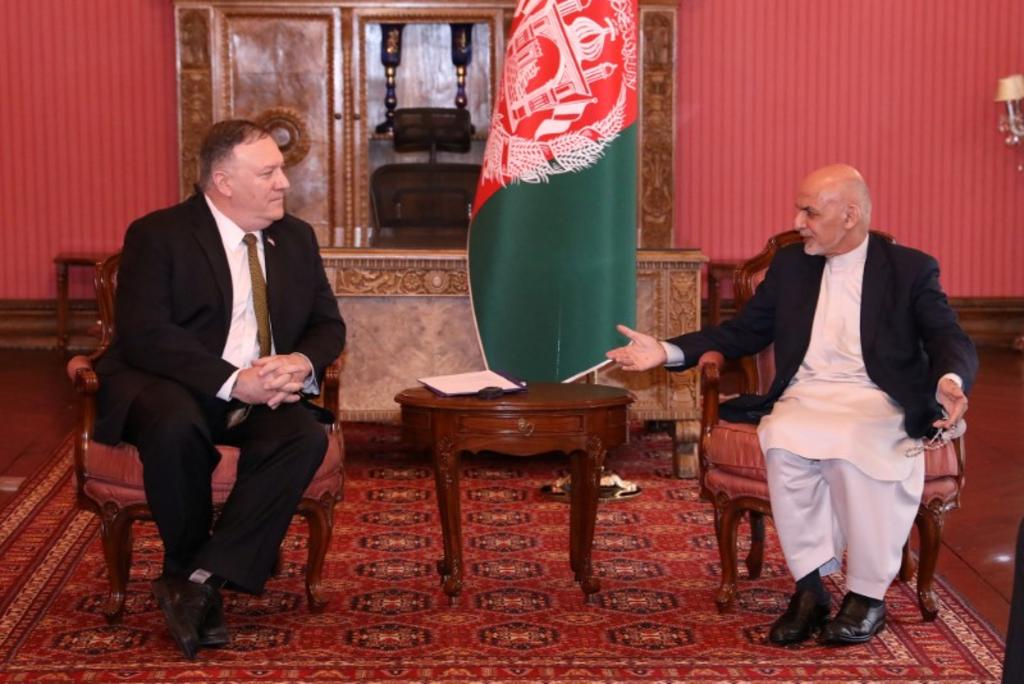 After nearly 20 years of fighting the Taliban, the United States is looking for a way to extricate itself and to achieve peace between the U.S.-backed government and the militant group, which controls more than 40% of Afghan territory.
Pompeo and other U.S. officials have declined to publicly detail how the cut would be made. The State Department declined to comment on its plans.
Two U.S. congressional aides, speaking on condition of anonymity due to the sensitivity of the matter, said State Department officials told Congress the $1 billion would come from a $4.2 billion Pentagon fund that underwrites about three quarters of the Afghan security forces’ annual budget.
“The idea they would cut security forces funding goes against U.S. national security interests,” said one aide, arguing the money is needed to maintain the U.S.-backed government’s ability to fight the Taliban while preserving its bargaining power in peace talks.
Most of the fund pays for salaries, food, fuel, equipment and infrastructure to support Afghan troops and national police.
Congress appropriated at least $86.4 billion for Afghan security assistance between fiscal years 2002 and 2019, according to a March 11 Congressional Research Service report.
“That’s the only fund large enough to support a $1 billion cut,” said the third source, a former U.S. military official who also requested anonymity.
U.S. civilian aid is far lower, with the State Department requesting $532.8 million this year, mainly for general economic support as well as for counter-narcotics and law enforcement.
Pompeo announced the cut as he flew home from Kabul after failing to persuade Ghani and Abdullah to end a dispute over Afghanistan’s September 2019 presidential election.
Both men claim they won and have held rival inaugurations.
Pompeo said the cut could be reversed if the two resolved their dispute, which had stymied naming an Afghan delegation to negotiate peace with the Taliban after decades of war.
His threat appears to have had some impact.
On March 26, Ghani announced a negotiating team including Abdullah allies and Abdullah endorsed the slate on March 31.
Government and Taliban officials have also agreed to start prisoner releases as a prelude to peace talks envisaged under a Feb. 29 U.S.-Taliban deal for a phased U.S. troop withdrawal.
Laurel Miller, a former State Department official handling Afghanistan policy, said a $1 billion cut would take time to be felt but would hurt Afghan security operations and morale.
It would also allow the Taliban to start peace talks “riding high,” said Miller, now at the International Crisis Group think tank.
In the meantime, the Ghani-Abdullah dispute has persisted.
‘THEY WILL BE TOAST’
A U.S. defense official, who said the administration was still weighing where to make the cut, described “huge concern” within the Pentagon about slashing funding for Afghan forces.
“We really don’t want to have to do this,” said the official on condition of anonymity, while acknowledging it made sense to target those funds because of the leverage it gave Washington.
“That is the pain point. That is what they care about a lot,” said the official, adding that there were internal talks about whether enough progress has been made for Pompeo to withdraw the threatened cut.
The former U.S. military official said the proposed cut reflects U.S. President Donald Trump’s determination to bring U.S. forces home from the longest conflict in American history.
Asked what $1 billion U.S. aid cuts this year and next would do to Afghan security forces’ ability to fight the Taliban, he replied: “They will be toast.”