The Afghan Ministry of Foreign Affairs is hosting several strategic dialogues in the upcoming week as the country’s leaders decide when the intra-Afghan talks will begin. 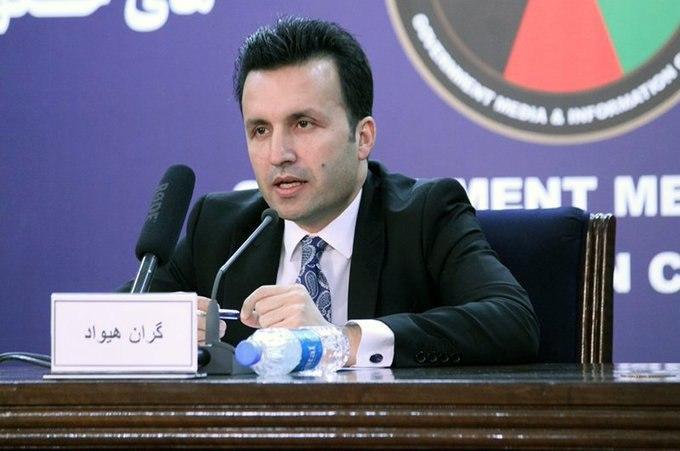 Gran Hewad, spokesperson for the foreign ministry said there will be three meetings held during the week as of now.
There will be a regional summit with about 20 countries, Afghanistan’s strategic partners and UN representatives, as well as another international meeting with about 19 countries.

According to Hewad, the talks are aimed at strengthening regional and international consensus on peace in Afghanistan, and will be focusing on the immediate start of international talks, the release of prisoners and the resumption of ceasefire.
A third round of Strategic Dialogue will also be held with the the Deputy Foreign Ministers of Afghanistan, Pakistan and China in attendance.
A bilateral meeting between Afghanistan and Pakistan also has to be held, he said. However, the date has not been decided yet.
Tags:
Afghanistan Schedules Meetings To Prepare For Intra-Afghan Talks
Source : Afghan Voce Agency(AVA)
Thursday 2 July 2020 18:17
Story Code: 213591 Copy text available
An Afghan delegation will travel to Doha for Intra-Afghan talks preparations: Source
Zarif highlights necessity of unity among Afghan groups
Afghan government says prisoners held by Taliban less than 1,000
Khalilzad and Kabulov Agree on All-Inclusive Intra-Afghan Talks
EU envoy urges 'full ceasefire' in Afghanistan over coronavirus
Featured news
Intra-Afghan Talks to Begin on August 16 in Doha: State TV
Afghanistan-Iran-Uzbekistan Transit Corridor Operational
Taliban expresses readiness to hold peace talks with Afghan govt
29% Increase in Afghanistan’s Exports through Air Corridor
Afghan negotiating team to leave for Doha Wednesday, talks to begin Sunday
Four killed as residents clash with Taliban tax collectors in Ghazni
1
Loya Jirga decides that 400 hard-core Taliban prisoners should be released
2
Zarif criticizes Google for ‘glitch’ in translation of condolences to Lebanese
3
US cargo plane lands in Israel in support of the regime's Iron Dome
4
9 members of a single family wounded in Taliban mortar attack in East of Afghanistan
5
Pakistani soldiers suffer casualties in firing from across Durand Line with Afghanistan
6
U.S. plans to withdraw more than 4,000 troops from Afghanistan by end of November
7
US to cut troop levels in Afghanistan
8
Nabil: Pakistan Is Never Trustworthy
9
Pakistan steadfast for inclusive Afghan settlement: FM
10
Terrorists trained by Pakistani commandos in Afghanistan planning attacks in Kashmir: Report