As many as 12 Taliban militants have been killed in an attack by Afghan security forces in Pato district of Daikundi province, local sources say. 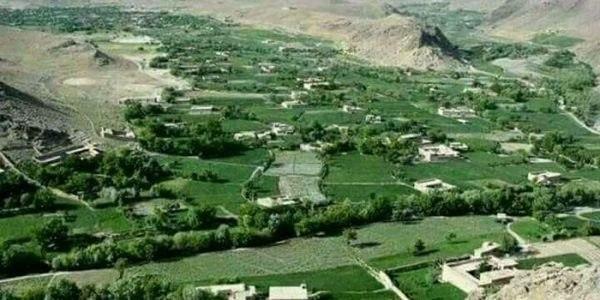 Abbas Kamyar, spokesman for Daikundi governor, told Kabul Now that Band-e-Ziarat outpost in Pato district came under an attack by the Taliban at 1:00 AM today, July 12.
Four policemen were killed and two others were injured in the clash, he added. The Afghan security forces retaliated and pushed the insurgents back, according to local officials.
The attack comes while an outpost of Afghan security forces in Kijran district of Daikundi province came under attack by the Taliban fighters which left two Afghan security forces dead.
The militant group have not commented regarding the incident so far.
Daikundi is a safe province in the center of the country but Kijran and Pato districts of the province, which are adjacent to restive Urozgan and Helmand provinces, have come under sporadic Taliban attack.
The Taliban militants continue to attack Afghan security forces while the Afghan government and the Taliban group are preparing to start a peace talks and reach a political settlement.
Tags:
12 Taliban militants killed in Daikundi
Source : Afghan Voce Agency(AVA)
Sunday 12 July 2020 18:42
Story Code: 214388 Copy text available
Featured news
Intra-Afghan Talks to Begin on August 16 in Doha: State TV
Afghanistan-Iran-Uzbekistan Transit Corridor Operational
Taliban expresses readiness to hold peace talks with Afghan govt
29% Increase in Afghanistan’s Exports through Air Corridor
Afghan negotiating team to leave for Doha Wednesday, talks to begin Sunday
Four killed as residents clash with Taliban tax collectors in Ghazni
1
Loya Jirga decides that 400 hard-core Taliban prisoners should be released
2
Zarif criticizes Google for ‘glitch’ in translation of condolences to Lebanese
3
US cargo plane lands in Israel in support of the regime's Iron Dome
4
9 members of a single family wounded in Taliban mortar attack in East of Afghanistan
5
Pakistani soldiers suffer casualties in firing from across Durand Line with Afghanistan
6
U.S. plans to withdraw more than 4,000 troops from Afghanistan by end of November
7
US to cut troop levels in Afghanistan
8
Nabil: Pakistan Is Never Trustworthy
9
Pakistan steadfast for inclusive Afghan settlement: FM
10
Terrorists trained by Pakistani commandos in Afghanistan planning attacks in Kashmir: Report