Flag Off of First Consignment to Afghanistan Through Chabahar Port 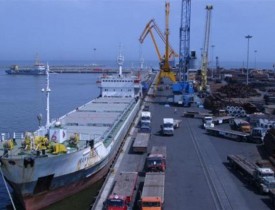 AVA- The shipment is a part of commitment made by the Indian Government to supply 1.1 million tonnes of wheat for the people of Afghanistan on grant basis.

The three Foreign Ministers welcomed the fact that this is the first shipment that would be going to Afghanistan through the Chabahar port after a Trilateral Agreement on Establishment of International Transport and Transit Corridor was signed during the visit of the Indian Prime Minister to Iran in May 2016.

Six more wheat shipments will be sent to Afghanistan over the next few months. They also reaffirmed their commitment to continue their cooperation for the benefit and prosperity of the people of Afghanistan and the region.

The shipment of wheat is a landmark moment as it will pave the way for operationalisation of the Chabahar port as an alternate, reliable and robust connectivity for Afghanistan. It will open up new opportunities for trade and transit from and to Afghanistan and enhance trade and commerce between the three countries and the wider region.

Swaraj reiterated India’s continued commitment to support reconstruction, capacity building and socio-economic development of Afghanistan, including under the framework of the New Development Partnership that she had jointly announced with Foreign Minister Rabbani last month during the meeting of India-Afghanistan Strategic Partnership Council.

The External Affairs Minister also renewed the commitment to work closely with regional and international partners to bring peace, security, stability and prosperity in Afghanistan.