Local Taliban leader critically wounded in an explosion in Nangarhar

A local leader of the Taliban group was critically wounded in an explosion in eastern Nangarhar province of Afghanistan, the local officials said Wednesday. 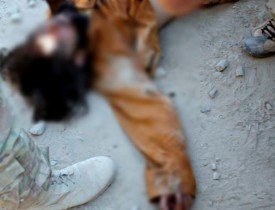 AVA- The provincial government media office in a statement said the incident took place in Khogyani district of Nangarhar amid ongoing tensions among the Taliban ranks in this province.

However, the statement said the explosion on local Taliban leader Hejratullah Afrid took place as he was busy making an improvised explosive device.

The statement further added that Afrid has sustained critical injuries in the explosion.

The anti-government armed militant groups including the Taliban insurgents have not commented regarding the report so far which takes place amid rampant violence in this province, mainly due to the Taliban and ISIS-led insurgencies and militants infighting.

The provincial government media office in another statement said a key Taliban group member identified as Mohammadullah was killed by his comrades in Marak Khel area of Khogyani district on Tuesday.

The local officials on Tuesday said a leader of the Taliban was executed by the insurgents in Ghani Khel district but the main motive has not been ascertained so far.

The provincial government media office in a statement confirmed that a key Taliban group member identified as Khadem who was also famous as Dadullah was killed by the insurgents.