The Minister of Urban development and Housing Syed Sadat Mansoor Naderi spoke regarding the challenges of the major Emirates Township or the Sheikh Khalifa bin Zaid Al-Nahyan or the Emirates Township which was inaugurated in Kabul this week. 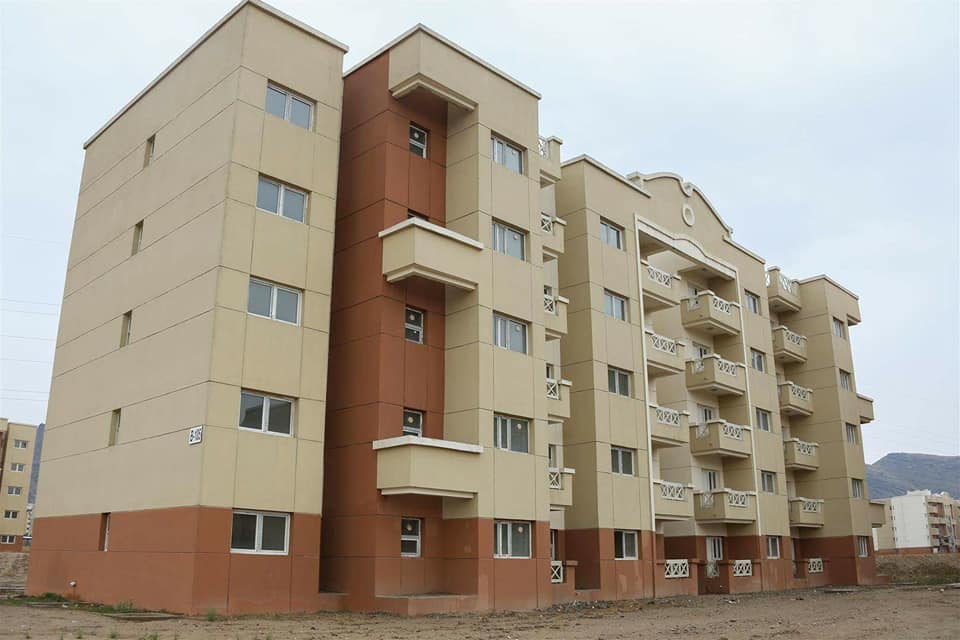 Speaking during a press conference in Kabul, Minister Naderi said several challenges and issues were available on the way for the completion and inauguration of the major township.
He told reporters that the reasons of delay of the project were various including legal issues between the main contractor and their sub contractor.
Minister Naderi further added that the new leadership of the ministry intervened and made it possible to resolve issues between various companies involved in the construction of the project
According to Minister Naderi, another reason of delay was the improper planning of the township that excluded various important infrastructure including footpaths, electricity and water supply to the beneficiaries. “We resolved all issues including getting 5MW electricity from Da Aafghanistan Breshna Sherkat (DABS).”
The Minister of Urban Development and Housing also added that the apartments were distributed by the previous government administration, apparently pointing towards the issues and challenges left from the previous administration to the new leadership of the ministry.
In the meantime, Minister Naderi said in the next 3 months we will be able to have a separate substation for the township.
The township was inaugurated during a ceremony by the Afghan and UAE officials on Sunday.
According to officials, the township consists of 3330 apartments as well as some key facilities including a dedicated substation, proper walk sides, water meters, and etc.
Source : Afghan Voice Agency(AVA)
Thursday 26 April 2018 16:17
Story Code: 162584 Copy text available
Featured news
VP Saleh Cracks Down on Undocumented Vehicles
Pakistani Taliban ‘Adviser’ Among 50 Militants Killed In Kandahar
9 Civilians Killed In Roadside Explosions In Wardak
ANP Nabs 5 Suspects over Multiple Charges
MFA: Pakistan ‘Severely’ Damaging Relations By Firing Rockets Into Kunar
FEFA: Parliament Should Vote For Accountable And Competent Candidates
1
ACF Predicts Significant Drop in Afghanistan-Pakistan Trade
2
Afghan Pine Nut Exports To China Help Nuristan Farmers