Over 300 Afghan Migrants Deported From Turkey

At least 324 undocumented Afghan nationals, who were rounded up in the Aegean province of İzmir, have been deported to Afghanistan, Turkish Hürriyet Daily News reported on Sunday. 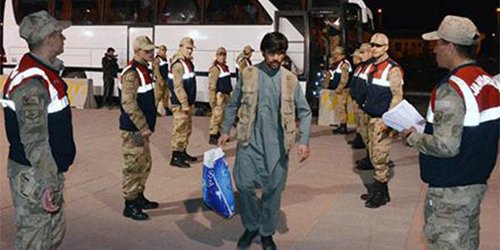 Balıkesir’s coastal districts are among main illegal routes the migrants use to go to Greece, particularly to Lesbos island.

The report said the coast guard units rounded up 38 Syrians, who were attempting to cross into Greece, in the Mediterranean province of Antalya.

The migrants, including women and children, were sent to regional immigration departments, the report said.