Around 100 passengers have been freed from the militants captivity in northern Kunduz province on Monday while efforts for the release of 21 others underway, a statement from the governor house said. 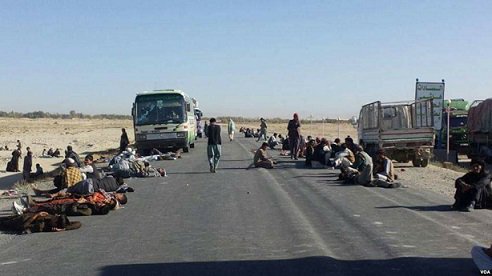 Earlier, the Taliban have kidnapped the passengers of three 404 type buses on Monday morning from Takhar-Kunduz highway.
Deputy Police Chief Safiullah Mahzon told Pajhwok Afghan News the buses were on its way from Takhar to Kabul when stopped by the Taliban in the Khanabad district and transferred them to the nearby village.
He said security forces had been stationed in the area for the rescue of kidnapped passengers and currently fighting was underway.
One hundreds of the captive passengers had been freed as a result of the efforts of the security forces from the Neak Pe area of Khanabad district, the statement said.
Soon after the kidnapping of passengers security forces arrived in the area and launched search operation for the release of captive individuals, the statement said.