‘Russia standing by Iran’s side as sanctions return’

Russia says it remains determined to continue cooperating with Iran even if new US sanctions are slapped against the country. 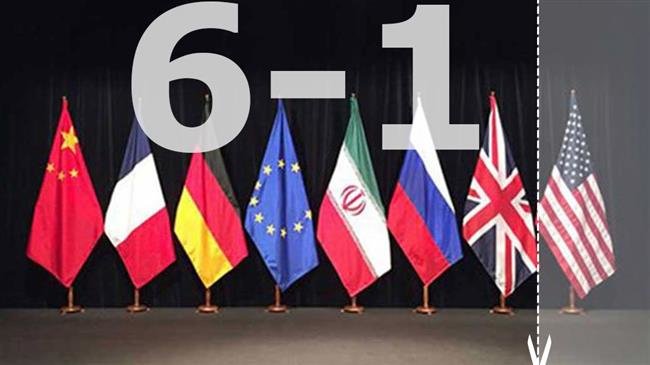 AVA- "If new sanctions are imposed, we will continue our cooperation," Russian media quoted Energy Minister Alexander Novak as saying in Moscow. "We are interested in continuing our cooperation with Iran, which is our long-term economic partner. Certainly, we need to further find the forms of cooperation to fulfill joint projects," he added.
Novak said he constantly maintains contact with Iranian Minister of Petroleum Bijan Namdar Zangeneh over issues of mutual concern.
Last month, Russia’s Deputy Foreign Minister Sergei Ryabkov said Moscow and Beijing were working together with the European Union to counter US sanctions.
Ryabkov said a special agenda had also been devised to counter Washington’s efforts to undermine a 2015 nuclear agreement with Iran – the Joint Comprehensive Plan of Action (JCPOA).
President Vladimir Putin has said Russia is prepared to continue its oil investment in Iran at the level of $50 billion in the face of US plans to reimpose sanctions on the Iranian oil and gas sector on November 4.
Iran and Russia have yet to implement an oil-for-goods scheme originally signed in 2014 and extended for five more years in April, which calls for Iranian crude exports of up to 500,000 barrels per day in return for Russian goods.
The scheme includes Iran’s use of Russian machinery, equipment and installations Iran needs in its strategic petroleum, mining, construction and transportation sectors.
A tentative arrangement calls for swapping around 300,000 barrels per day of Iranian crude oil via the Caspian Sea and the rest from the Persian Gulf.