Russia will help Iran with oil, banking if payment channel not launched: Ryabkov

Russia has signaled its willingness to secure Iran's interests in the oil and banking sectors if Europe's non-dollar mechanism aimed at facilitating trade with the Islamic Republic is not launched. 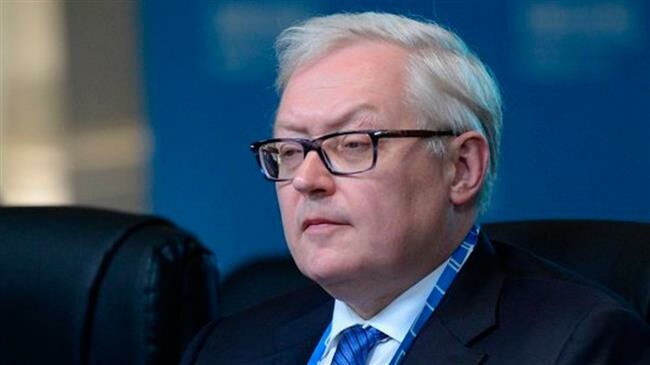 AVA- Russian Deputy Foreign Minister Sergei Ryabkov said on Friday that Moscow is ready to help Iran export its crude and ease restrictions on its banking system if Europe fails to launch its mechanism, officially called the Instrument in Support of Trade Exchanges (INSTEX), with Tehran.
The three European signatories to the 2015 nuclear agreement, officially known as the Joint Comprehensive Plan of Action (JCPOA), unveiled late in January the long-awaited direct non-dollar payment mechanism meant to safeguard their trade ties with Tehran following the US withdrawal from the nuclear deal and in the face of the "toughest ever" sanctions imposed by the United States against the Islamic Republic.
In its initial stage, INSTEX will facilitate trade of humanitarian goods such as medicine, food and medical devices, but it will later be expanded to cover other areas of trade, including Iran’s oil sales.
However, it has not resulted in any trade deals so far.
US President Donald Trump withdrew Washington in May 2018 from the landmark Iran nuclear agreement, reached between Iran and the P5+1 group of countries in 2015, and decided to re-impose unilateral sanctions against Tehran.
Under the deal, Iran undertook to put limits on its nuclear program in exchange for the removal of nuclear-related sanctions.
Trump's administration announced re-imposition of the “toughest” sanctions ever against Iran's banking and energy sectors with the aim of cutting off the country's oil sales and crucial exports.
Last month, Iran scaled back some commitments under the deal and warned that in 60 days it would resume enriching uranium to a higher degree than that permitted under the accord if the Europeans failed to shield it against the US sanctions.
Earlier this month, Iranian Foreign Ministry Spokesman Abbas Moussavi said European governments have failed to meet their expectations in implementing INSTEX to protect the JCPOA, criticizing their "lack of will" to deal with America's pressure against Tehran.
"What the Europeans need to do and what they have done so far have failed to win our satisfaction," the Iranian spokesperson said.
His remarks came after Iranian Foreign Minister Mohammad Javad Zarif in April once again complained about a delay by European partners in the nuclear deal to make operational the payment channel with Tehran, saying they now have "no excuse" for further postponement of the project.
In order to begin honoring their commitments, the Europeans were required to set up INSTEX, he explained.