Russian Special Envoy for Afghanistan Zamir Kabulov says Taliban earned its right to direct talks with the US. 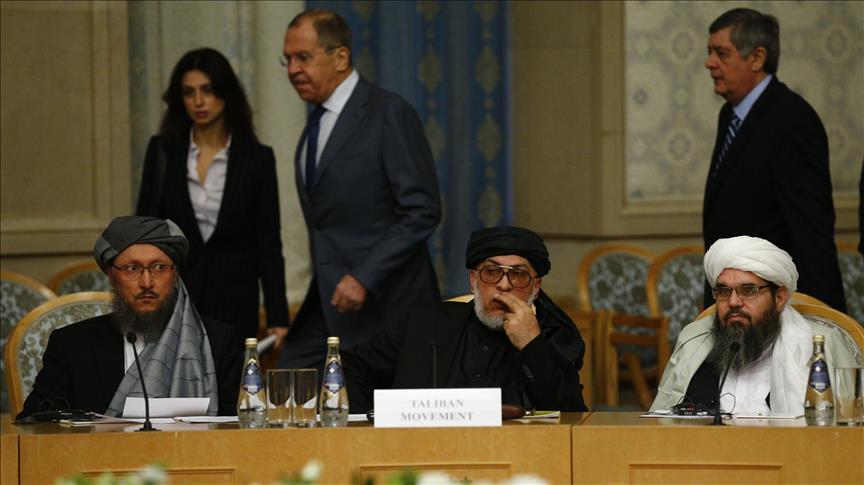 AVA- Last Friday’s Moscow conference was unique for including public meetings between the Afghan government and the Taliban, Russia’s presidential envoy for Afghanistan said on Monday.
For the first time a meeting between the Afghan government and the Taliban was public and open, and Taliban members were presented as official participants in a broad international format, Zamir Kabulov told reporters in Moscow.
"We know about closed-door meetings between the Taliban and the Afghan government, and we know that they took place repeatedly and not only in Ankara and in Doha," he said, adding that the Taliban had also had over a dozen of closed-door meetings with U.S. representatives.
According to Kabulov, Moscow didn't aim to begin direct talks at Friday’s meeting, calling it instead "a modest step towards full-fledged negotiations."
"If our goal is to get the opposing parties to the negotiating table, then our task is to accustom both sides to talks,” he said.
“Giving them the possibility to talk directly, that means creating an atmosphere of trust."
Both against Daesh
Another "unique" aspect of the meeting was the common agreement between the Afghan government and the Taliban about the need to fight Daesh, Kabulov said.
He called Daesh "a common enemy" for both sides.
Asked why the Taliban was represented by its Political Office in Doha and not by the Quetta Shura, Kabulov said the office was the body authorized for contacts with third parties.
Kabulov said the Taliban members discussed their peace plan in detail during the Moscow conference. He said he couldn't reveal much besides three well-known conditions: a timetable for the withdrawal of all foreign troops from Afghanistan, letting go all Taliban prisoners, and lifting all anti-Taliban sanctions.
Kabulov said the Taliban has the right to demand direct talks with the U.S., warning the current path threatens “further destruction of the country."
Commenting on U.S. participation at the meeting, he said there was a political adviser from the U.S. Embassy to Russia present as an observer, but as he was of “Korean origin,” perhaps that is why he was not identified as a U.S. representative.
Kabulov hinted that another meeting in the Moscow format could take place in another city, saying: "In principle, any of the permanent participants has the right to offer their capital as a venue for the next meeting."
If this initiative gets a majority of votes, that city will be selected as the venue of the next meeting, he said.