Militants driven out of some villages in Jaghori, Malistan: MoD

Military operations in the Jaghori and Malistan districts of southern Ghazni have been going on with security forces making advancement by clearing some villages, an official said on Saturday. 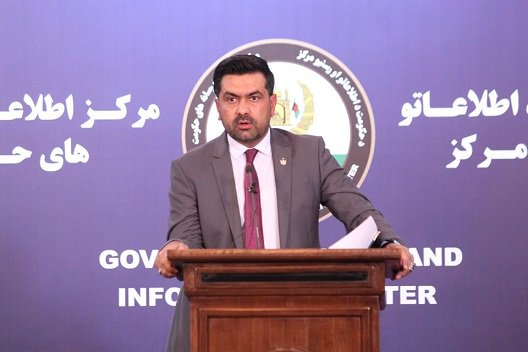 “Our forces are in a state of progress in Jaghori. MoD General Chief of Staff has the leadership the operation,” Ghafoor Jawid, the ministry spokesman said.
Until now, Luman, Zerak, Hutqol and Pato villages have been cleared from the presence of terrorists, he said.
The commander of Zafar Corps traveled to Farah province to assess and evaluate the situation in a comprehensive manner, after which extensive operations would be launched in the province, he said.
The spokesman added that MoD had decided to rollback check posts in non-strategic location into one strategic area, a plan which helped decreased the casualties of security forces in the last three months.
Jawid said Afghan security forces led all responsibilities in the fight against over 20 terrorist groups.
The terrorists do not hold any strategic point, they only try to create fear among the people with their barbaric acts, he added.
Separately, 50 Islamic State rebels were killed in a joint operation carried out in Khogyano, Naziyan, and Achin districts of Nangarhar province.
“Our security and defense forces have become much more powerful compared to the past. We did not have air forces four years ago, and now we are on the way to triple the number of our air forces. The number of our commandos has been doubled,” Jawid said.
He said Afghan defense and security forces would continue their widespread clearance and offensive operations.
He ruled out ethnic grouping among security forces and added youth from all ethnic groups had been serving in Afghan National Army and Afghan National Police and were in the frontline of fight against the international terrorism.
More than 28,000 Afghan police officers and soldiers have been killed since 2015, President Ashraf Ghani had told international media earlier.
Tags:
Militants driven out of some villages in Jaghori, Malistan: MoD
Source : Afghan Voice Agency(AVA)
Saturday 17 November 2018 18:51
Story Code: 174236 Copy text available
Afghan forces clear Farah city from Taliban, killing 198: MoD
Defense forces effective responding to Farah city attack: MoD
22 militants killed in Uruzgan and Helmand airstrikes: MoD
Haqqani network, not ISIS, behind recent deadly Kabul attacks: MoD
During Three-day Ceasefire 2,500 Taliban Members Entered Kabul: MoD
Featured news
ISIS-K leader Aslam Farooqi arrested
Four Arrested in Accusation of Cooperating with Taliban in Kabul
Kidnappers arrested in Herat
COVID-19 Testing Center Opened in Balkh
CENTCOM confirms deploying new Patriot missiles to Iraq
UN chief renews call to warring parties to halt clashes, focus on coronavirus fight
1
Taliban ready to stop fighting in virus-hit areas to ensure aid delivery
2
Twenty trucks take US military equipment out of Iraq, into Syria: Report
3
100 Taliban militants to be released from Afghan jails
4
Afghan forces kill, wound 9 Taliban militants in Jawzjan province
5
Philippine’s Duterte orders police to ‘shoot dead’ lockdown violators
6
Twitter suspends Iran Leader’s accounts
7
Official: Iran screens many Afghan, Pakistani pilgrims at borders
8
Taliban prisoner release delayed
9
Pentagon announces $7.1 million to support the drones operations of Afghan forces
10
Taliban commander among seven killed in Jawzjan clashes