Haneef Atmar has confirmed that he is participating in Moscow summit

The former National Security Adviser and presidential runner for July 20 elections Mohammad Haneef Atmar has confirmed that he is participating in Moscow summit together with a number of other political leaders. 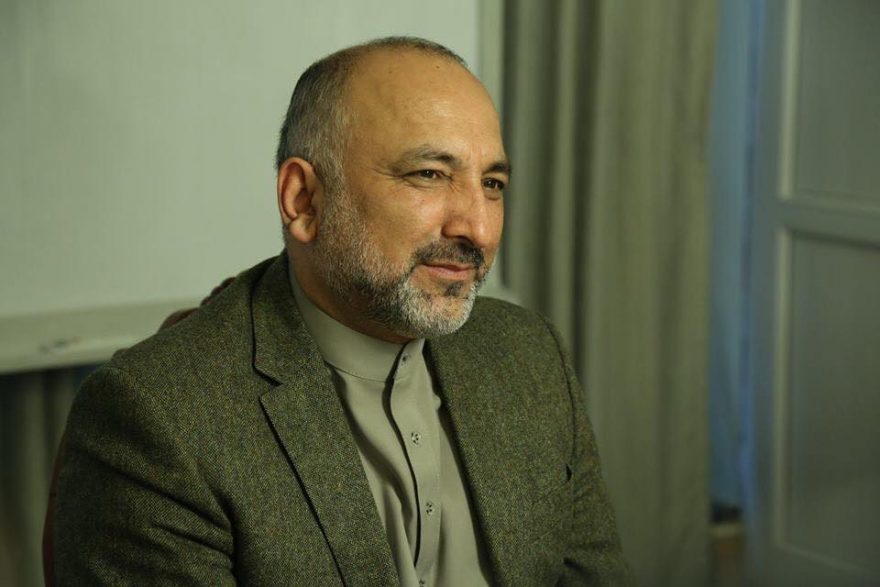 In a statement posted via his official Twitter account, Atmar has said that he considers the summit an important step towards the revival of inclusive and intra-Afghan negotiations.
Atmar has also vowed that he will defend the joint achievements and legacies of the nation in the summit which include constitutional values, Islamic Republic system, and safety of institutions.
He also added that he will emphasize on an inclusive intra-Afghan peace negotiations to include the Afghan government as well.
In other parts of his statement Atmar urged the government not view the peace process from the perspective of the government only and to respect the role of political sect and the nation in reconciliation efforts.
The Moscow Summit will be organized on 5th and 6th of February in the capital city of Russia.
Some prominent political and religious leaders including Hamid Karzai, Gulbuddin Hekmatyar, Syed Mansoor Naderi, Mohammad Mohaqiq, Ata Mohammad Noor, Hekmat Karzai, Ismail Khan, Shahnawaz Tanai, ex-Taliban ambassador to Pakistan Abdul Salam Zaeef will also participate in the summit.
Tags:
Haneef Atmar Moscow summit
Source : Afghan Voice Agency(AVA)
Sunday 3 February 2019 14:55
Story Code: 179066 Copy text available
Featured news
New Acting Health Minister Introduced, Pledges Reforms
Poor Countries May Face Debt Crisis Warns IMF chief
US, China, Russia, Pakistan Discuss Intra-Afghan Talks
Mawlavi Niazi dies of wounds from mosque explosion in diplomatic area of Kabul city
AGO Probes Embezzlement Reports at Jamhuriat Hospital
German Foreign Minister Stresses the Importance of Peace Process in Afghanistan
1
Protests flare across US over police killing of African Americans
2
Taliban Rubbishes Claim of ‘Turmoil, Infection and Discord’ Among Senior Leaders
3
US Special Ops to use AI to Understand and Influence Local Populations
4
Over 2,700 Taliban, 420 government prisoners released so far
5
Names of members of reconciliation council to be finalized next week: Abdullah
6
German Foreign Minister Stresses the Importance of Peace Process in Afghanistan
7
Taliban reacts to Kabul bombing which killed 2 employees of a TV station dead
8
Stefano Pontecorvo takes office as NATO’s CSR in Afghanistan
9
Two killed as TV vehicle bombed in Kabul
10
Afghans Failed to Build a Strategic Partnership with the US