Withdrawal of foreign forces ‘not the end of the world’ for Afghanistan: Abdullah

The Chief Executive of the Government of National Unity Abdullah Abdullah has said the partial withdrawal of the foreign forces will not be the end of the world for Afghanistan. 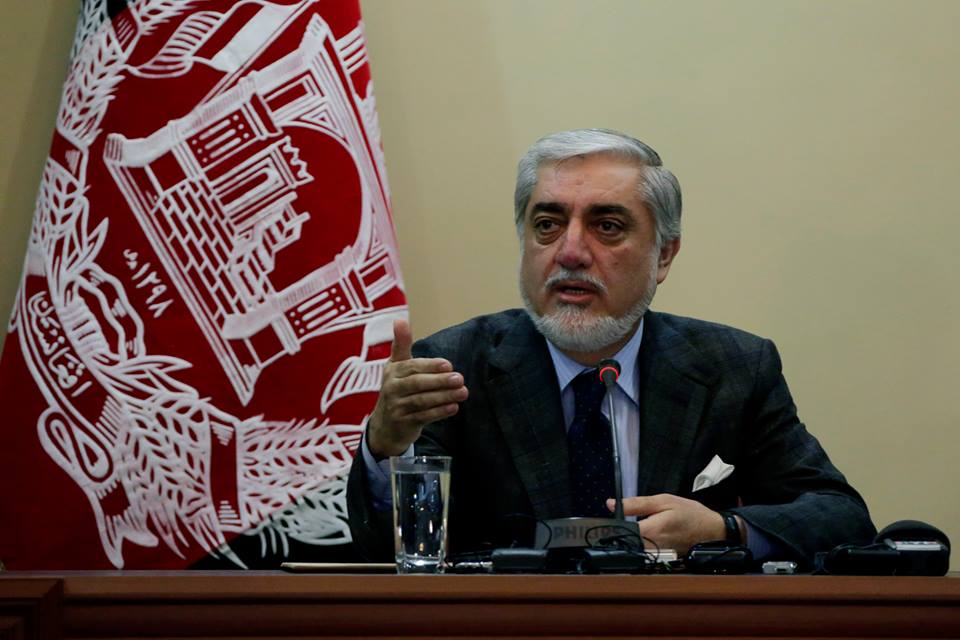 Speaking with a group of reporters in Kabul on Monday, Abdullah said the presence of U.S. forces in Afghanistan and their cooperation with Afghanistan has become one of the main topics locally, regionally, and internationally.
Abdullah further added that Washington’s South Asia policy regarding the presence of U.S. forces, circumstances surrounding their cooperation and support are based on conditions.
He also added that no negotiation has been made regarding the permanent U.S. bases in Afghanistan and no such agreement exist but commitments exist based resulting to cooperation to cope with the joint threats against peace, regional affairs and countries.
Emphasizing that the Afghan National Defense and Security Forces are in charge of the majority of security related issues, Abdullah said the partial withdrawal of the foreign would not mean an end to international community’s commitments to Afghanistan, insisting that even such discussions have not been made.
However, Abdullah said there is a possibility that the number of foreign forces would decline but no such instructions have been given so far.
The Chief Executive of the Unity Government also added that the foreign forces will one day leave Afghanistan and it is up to the Afghans to prepare themselves for such a scenario and the government should stand on its own feet with the support of the Afghan people.
Meanwhile, Abdullah said cooperation should continue to exist since it will be in the interest of the United States, international community and regional peace and stability.
Tags:
Withdrawal of foreign forces ‘not the end of the world’ for Afghanistan: Abdullah
Source : Afghan Voice Agency(AVA)
Monday 4 February 2019 16:55
Story Code: 179117 Copy text available
The Afghan government is failing to deliver on its promises
Finding solutions to Afghan displacement key to the future, Grandi says
Government is the only authorized institution to negotiate peace deal: Abdullah
Peace Process Will Not Delay Presidential Elections: CEO
Osmani to remain as Water and Energy Minister until Ghani’s return: Abdullah
Featured news
Saleh: 4.2B AFN Spent On Security Of Senior Officials, Some Of Whom Weaken The System
African Telecom Giant MTN Exiting Afghanistan And Middle East
COVID-19: MoPH Reports 108 New Cases As Testing Increases Once More
OPEC daily basket price stood at $45.34 a barrel Wednesday
Gunmen in Baghlan Torch 2 Fuel Tankers, Hijack 7
Turkmenistan president sends COVID-19 tests to Afghanistan
1
Afghanistan Calls On Turkey To Take Action Against People Who Unfurled Taliban Flag
2
MoI: Taliban Violated Eid Ceasefire And Killed 20 Civilians
3
Afghan NDS Kills Daesh Intelligence Head in East
4
Kabul Delegation in Kandahar to Probe Spin Boldak Clash
5
Beirut blast: Iran says ready to help Lebanon in any way necessary
6
Afghan parliament speaker calls Loya Jirga on Taliban prisoners 'illegal'
7
Jalalabad Prison Secured, Fighting Continues in Nearby Building
8
SIGAR: Humanitarian Disaster Looms In Afghanistan With One Of The Highest Positive Rates In The World
9
Trump: US Troops 'Probably' Down to 4,000-5,000 by Election Day
10
‘India recruited three Afghan warlords against Pakistan’