At least five Daesh affiliates were killed during operation in eastern Nangarhar province. 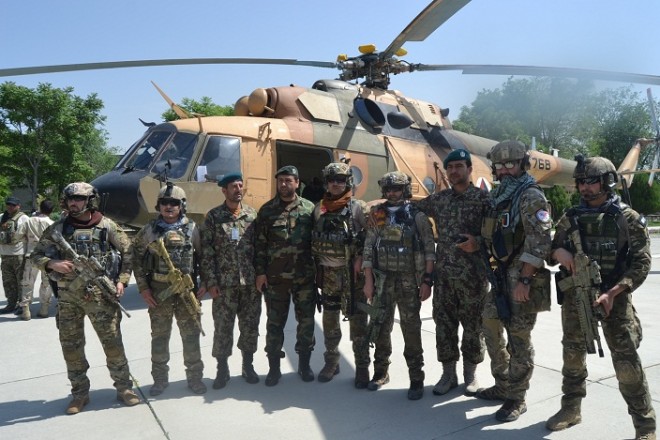 AVA- Afghan army forces conducted an anti-Daesh operation in Khogianai district of Nangarhar Monday night, which resulted at killing of five Deash fighters in the area, said a press statement issued by Afghanistan Operational Coordination Group (AOCG) of Ministry of Defense.
Statement said that the army soldiers were patrolling in the area, when Taliban started gunfire on them and shortly the Afghan forces started retaliation firing and operation in the area, which lead at the killing of mentioned terrorists.
No casualty reported among army forces during operation.