Uzbekistan's Foreign Ministry says the head of the Taliban's political office in Qatar has expressed interest in cooperating with Tashkent in order to push Afghanistan's peace process forward. 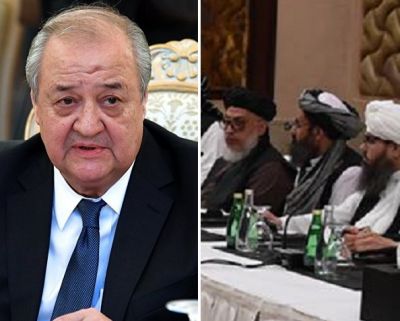 AVA- A ministry statement issued from Tashkent on March 5 says Afghan Taliban co-founder Mullah Abdul Ghani Baradar also welcomed Uzbekistan's efforts to help build infrastructure in Afghanistan's energy, transportation, and education sectors.
The statement followed a meeting between Uzbek Foreign Minister Abdulaziz Kamilov and Baradar in the Qatari capital, Doha, where Taliban representatives have been meeting with U.S. envoys as part of the Afghan peace process.
The Uzbek Foreign Ministry said Baradar "noted that large infrastructural projects carried out by Uzbekistan will not only promote Afghanistan's economic development but will also create necessary conditions for starting a full-scale political process in this country."
The ministry also expressed hope that Afghanistan might eventually become "a bridge of confidence and cooperation" between Central Asia and South Asia.
The talks between Kamilov and Baradar were the highest-level official contacts between Uzbekistan and Taliban representatives.
They follow a visit to Uzbekistan in August 2018 by Taliban negotiator Sher Mohammad Abbas Stanekzai.
Afghanistan's government signed an agreement with Uzbekistan in 2018 to cooperate on building a 75-kilometer railway link from Uzbekistan's Hairatan border terminal to the northern Afghan city of Mazar-e Sharif.
That project is expected to have significant economic impact on trade between the two countries because about half of Afghanistan's imports from Uzbekistan pass through Hairatan.
The Asian Development Bank has estimated that the project will quadruple capacity at the border.
Uzbekistan is also contributing $32 million to help Afghanistan build a 500-kilowatt power-transmission line between the village of Surkhan in southern Uzbekistan and Pul-e Khumri in the northern Afghan province of Baghlan.
Uzbekenergo chief executive Ulgubek Mustafaev has said that the 260-kilometer stretch of transmission line will enable Uzbekistan to increase exports of electricity to Afghanistan by 70 percent.
The Asian Development Bank has pledged $70 million toward the project, which is expected to cost about $150 million to complete.
Mustafaev says the project could eventually help Uzbekistan's energy exports to be delivered to Pakistan.