Taliban Kill at Least a Dozen Afghan Soldiers, a Day After Peace Talks 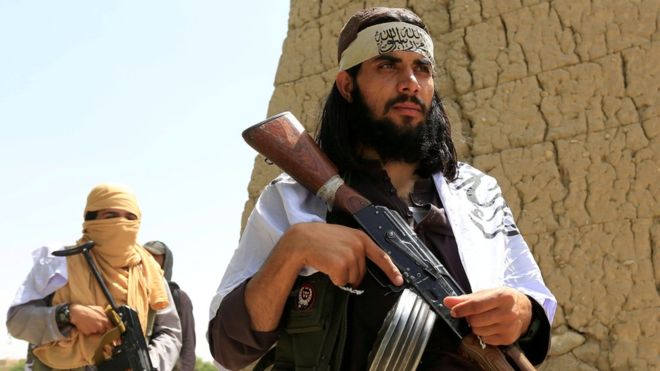 AVA- The brutal fighting came a day after the United States and the Taliban ended their sixth round of peace negotiations and the militant group said that it would continue to mount attacks, including ones like the car bomb directed at two Western aid organizations in Kabul on Wednesday that killed nine and wounded at least 20.
Col. Qais Mangal, a spokesman for Afghanistan’s Defense Ministry, said the Taliban had attacked two outposts in the Murghab district of Badghis Province that are shared by the army, the police and the National Directorate of Security. He said the Afghan military had sent reinforcements as the fighting continued.
“Unfortunately, the Afghan forces suffered casualties, but there isn’t any information about the exact number,” Colonel Mangal said.
Saleh Mohammad Mubarez, the district’s police commander, said that officers had recovered the bodies of 15 soldiers but that five were missing. Five police officers from the elite 444 Afghan Territorial Force were killed, he added. An official from the province said that several soldiers had been captured by the Taliban.
Murghab, one of the largest districts in Badghis, has been a battleground for Taliban and Afghan forces since early this year as both sides vie for control of the province’s main east-west road. In March, Taliban fighters nearly breached the district center before being repelled by government forces.
While the Taliban are unlikely to hold ground for long, Friday’s loss of roughly two dozen Afghan troops highlights the seesaw effect of the peace talks, with both sides undertaking brutal campaigns of violence to maintain leverage. On Friday, the American military launched more than a dozen airstrikes across the country, according to a Defense Department official.
Afghan security forces have lost more than 40,000 members since 2014, and American officials have long cautioned that the current rate of Afghan casualties is unsustainable.
It was unclear whether the round of talks that ended Thursday were successful, despite assurances of progress from the lead American negotiator, Zalmay Khalilzad. The talks, which began May 1, were shorter than those in March, which lasted roughly 20 days.
“We are getting into the ‘nitty-gritty,’ ” Mr. Khalilzad said in a tweet on Thursday. “The devil is always in the details.”
The American and Taliban negotiators agreed in principle on the withdrawal of American and NATO troops from Afghanistan. But in exchange, the Taliban will be required to cut ties with extremist groups like Al Qaeda.
Mr. Khalilzad has been unable to persuade the Taliban to allow a cease-fire or talk to the Afghan government.