Palestinians across West Bank, Gaza commemorate 1948 expulsions
Thousands of Palestinians took to the streets across the Zionist-occupied West Bank on Wednesday to mark the passage of 71 years since the "Nakba". 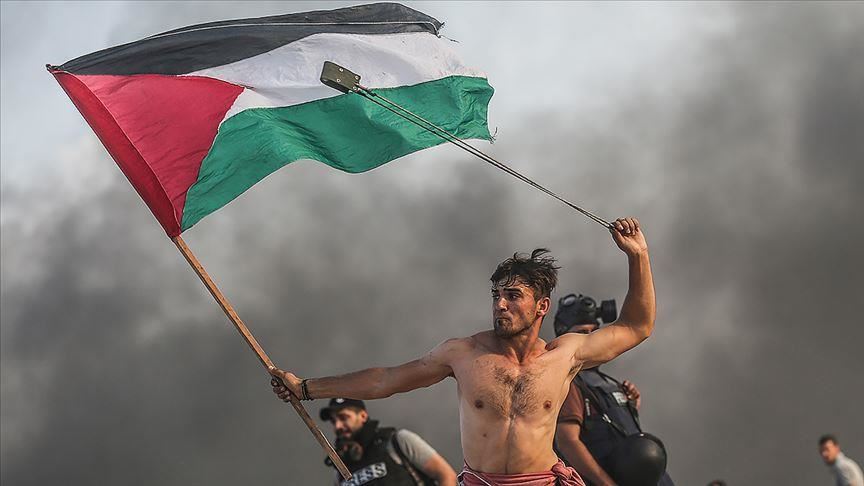 AVA- Marked on May 15 of each year, Nakba Day commemorates the expulsion in 1948 of hundreds of thousands of Palestinians from their homes in historical Palestine to make way for the new state of Israel.
In Ramallah, thousands of Palestinians waving Palestinian flags marched from the tomb of late leader Yasser Arafat to Arafat Square in the city center.
As they marched across the city, protesters chanted slogans in support of the struggle for Palestinian statehood and the right of refugees to return to their ancestral homes.
Demonstrators also called for inter-Palestinian unity with a view to confronting threats to the Palestinian national project and the Palestine Liberation Organization (PLO).
PLO member Mustafa Barghouthi, for his part, said that this year’s Nakba Day came amid fears of the U.S. administration’s so-called “Deal of the Century”.
“We will stand against the current U.S. administration and its plans to destroy the Palestinian case,” he said.
A backchannel U.S. Middle East peace plan, the terms of the proposed agreement have yet to be made public.
“The Palestinian people will continue to resist the Israeli occupation until we win our freedom and establish an independent state,” Barghouthi said.
According to Barghouthi, Nakba day “is when we commemorate the Palestinian Catastrophe and what the Zionist forces did to our people”.
He added: “Today we renew our vow to ensure the return of Palestinian refugees to their historic homes.”
The Zionist-Palestine conflict began in 1917 when the British government, in the infamous “Balfour Declaration”, called for "the establishment in Palestine of a national home for the Jewish people".
The Nakba saw 15,000 Palestinians killed, some 800,000 displaced, and 531 Arab villages destroyed in attacks by invading Zionist forces.
The Palestinian diaspora has since become one of the largest in the world.
Palestinian refugees are now scattered across Jordan, Lebanon, Syria and other countries, while many have since settled in refugee camps in the Israeli-occupied West Bank and the Zionist-blockaded Gaza Strip.
According to the UN Relief and Works Agency for Palestine Refugees (UNRWA), there are currently more than five million registered Palestinian refugees.
For many Palestinians, the right to return to their homes in historical Palestine isn't just a key political demand, but a fundamental human right.