US ending final source of aid for Palestinians: Report

The U.S. blocks millions of dollars to programs that build relationships between Zionists and Palestinians, the New York Times reported on Friday. 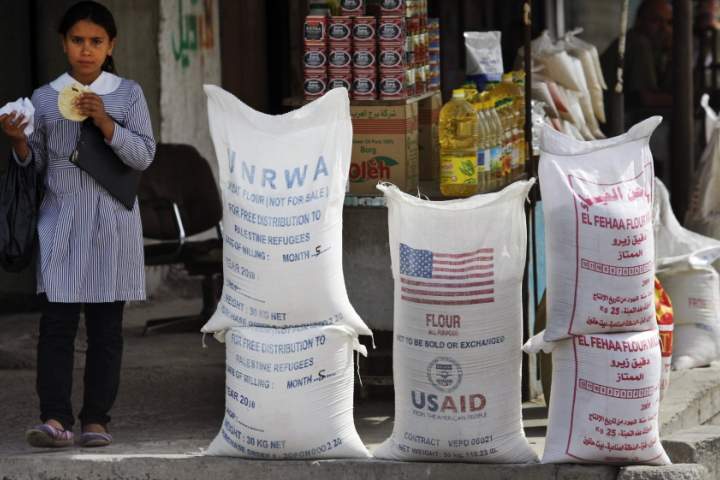 AVA- Citing current and former American officials, the report said, "the move to prevent Palestinians -- including, in many cases, children -- from benefiting from the funds squeezes shut the last remaining channel of American aid to Palestinian civilians."
U.S. Agency for International Development (USAID), Conflict Management and Mitigation Program, and Kids4Peace were among the programs that U.S. President Donald Trump refused to allocate funds for.
"Essentially, U.S.A.I.D. was faced with the choice of shutting down the program and losing the funds, or keeping something going. They decided to support programs that involve Israeli Jews and Israeli Arabs," Tim Rieser, foreign policy aide to Senator Patrick Leahy, was quoted as saying by the New York Times.
The USAID said in a statement on Friday that it is "currently unable to engage Palestinians in the West Bank and Gaza as a result of the administration’s recent decision on Palestinian assistance."
Jason Greenblatt, assistant to Trump and special representative for international negotiations, on Friday shared New York Times' story on Twitter.
"..both Palestinian and Israeli kids will lose, and these programs will be meaningless, if the PA continues to condemn a plan they haven’t seen & refuses to engage on it. Hopefully the PA will lead... let’s see...," Greenblatt said on Twitter.
The U.S. administration on Monday announced the closure of the Palestine Liberation Organization's (PLO) Washington office, which also serves as a Palestinian embassy.
Notably, the move came shortly after the U.S. cancelled all funding to UNRWA, the UN’s cash-strapped Palestinian refugee agency.
The decision also comes as the U.S. administration prepares to unveil a controversial Middle East peace plan, details of which have yet to be made public.
Palestinian officials, however, have rejected any U.S. role in the peace process since Trump unilaterally recognized Jerusalem as Tel Aviv regime's capital last year.