A former senior adviser to President Mohammad Ashraf Ghani has claimed that a specific circle in ARG Presidential Palace seek sexual favours in exchange for a governmental seat. 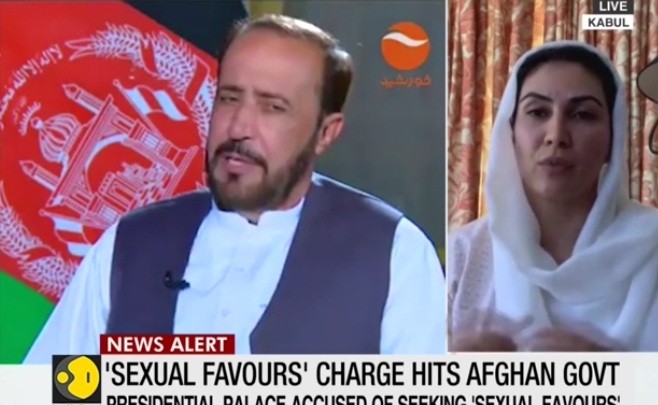 General Habibullah Ahmadzai has levelled the allegation during an exclusive interview with a local television network, Khurshid TV.
Ahmadzai went on to claim that widespread corruption exists inside Presidential Palace and certain individuals prevent others to serve the country.
He described the widespread corruption as the main motive to step down from his position as senior presidential adviser.
The latest allegations by President Ghani’s former senior adviser has sparked an uproar on social media.
“As a female member of cabinet in NUG, I can say with confidence that these allegations are baseless. I ask NSC hmohib & AWN @MaryAkrami to follow up this matter. We have advocated for women political participation for decades and can’t let it be used for political rivalries,” Nargis, the minister of mines and petroleum said in a Twitter post.