US Envoy Working On Four ‘Pillars’ For Afghan Peace

The US Special Envoy Zalmay Khalilzad is working on four important issues regarding the Afghan peace process which include the timeline for US forces withdrawal from Afghanistan, counterterrorism assurances, intra-Afghan dialogue and the reducing violence, a US official said on Tuesday. 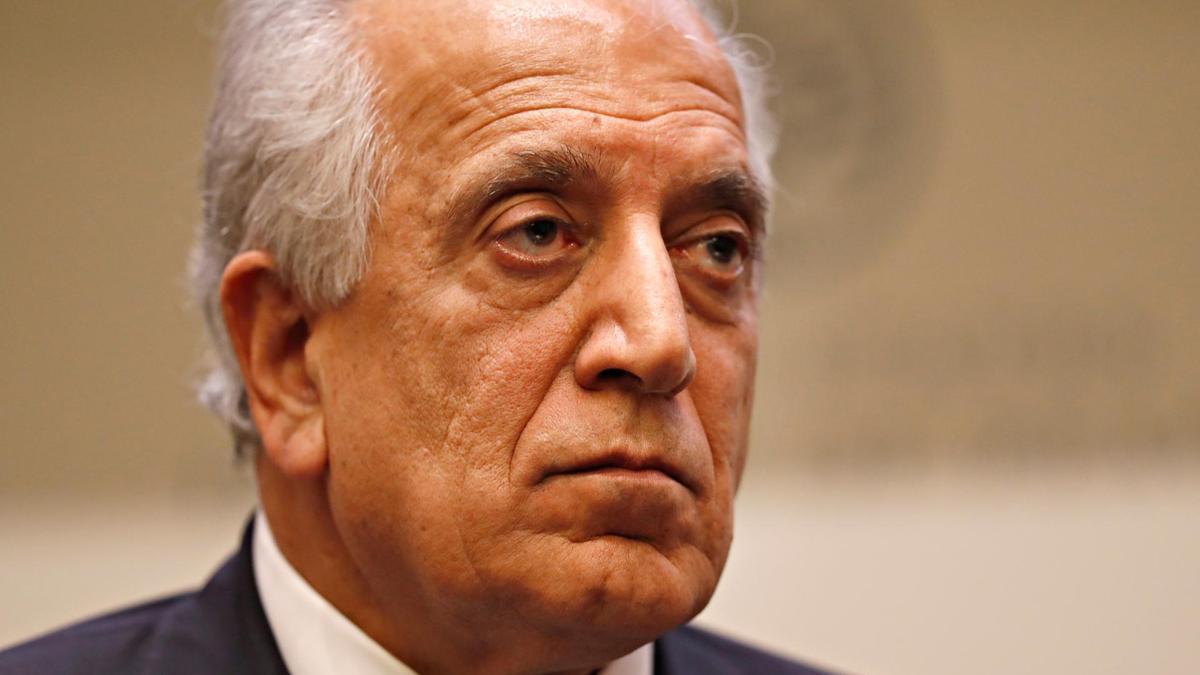 “You know, we have four pillars that ambassador [Zalmay] Khalilzad is working on in Afghanistan: troops withdrawal, counterterrorism assurances and cooperation, intra-Afghan dialogue and reduction of violence,” Morgan Ortagus, the US State Department spokeswoman told reporters.
She said that Khalilzad had lengthy discussions with the Afghan President Ashraf Ghani in Kabul.
“Ambassador Khalilzad is in Kabul right now and he met with [President Ashraf] Ghani yesterday [Sunday] and he and president Ghani spoke about preparation for intra-Afghan negotiations,” she said.
Khalilzad in a tweet on Sunday said that he will “stay here for some time on this trip” and that he will have consultations with a wide range of people.
“Peace talks are entering a new stage and Afghans must be engaged more than ever,” Khalilzad said.
Meanwhile, the US envoy held talks with leading female Afghan politicians and senior government officials on Monday. “We discussed progress Afghan women have made and their concerns about the future. US policy is that women should be at the table in intra-Afghan dialogue and negotiations,” Khalilzad said in a tweet early on Tuesday morning.
There has been some type of doubt in the US’s efforts for Afghan peace among a number of critics and Afghan politicians. Among them is former President Hamid Karzai, who said the peace process is moving forward slowly and that it is questioning.
“So far, we have not seen indications that they are not truthful, but the slow pace of the process is raising our concerns. The question is that why this process is moving too slow,” Karzai said in an interview with Russia’s Sputnik news.
He said that Russia has a major role to play in the peace process in Afghanistan.
“Russia’s role has been a leading role in favor of Afghanistan and it had undertaken the preliminary steps, whenever Russia made an invitation, the people of Afghanistan accepted,” added Karzai.
He called on the Taliban to announce a ceasefire. However, the group has repeatedly rejected calls for a ceasefire, bringing the US forces presence as a reason for not accepting the Afghans’ demands
Tags:
US Envoy Working On Four ‘Pillars’ For Afghan Peace
Source : Tolo News
Wednesday 12 June 2019 08:53
Story Code: 186581 Copy text available
Featured news
Telephone Conversation between the Acting Foreign Minister and the British Ambassador to Afghanistan
US records 53,000 new cases, Brazil passes 1.5m, Russia nears 675,000
Iraqi officials irate as Saudi daily publishes cartoon against Ayatollah Sistani
Khalilzad, Qataris, Taliban discuss development opportunities in Afghanistan
Afghan Cricketers Hold Friendly Match after Long Break
NATO SCR: Taliban Violence ‘Simply Unacceptable’
1
Pakistani and Uzbek Nationals Killed In Clashes With Afghan Forces in Ghazni
2
Over 40 Taliban Killed By Afghan Forces
3
India Instigating Terrorism Against Pakistan: Moeed Yusuf
4
Afghan forces foil potentially massive suicide attack in Kabul
5
Taliban Kills Or Wounds 24 Civilians Everyday: NSC Spox
6
Pakistan Army Rubbishes India Claims of Troop Deployment in Gilgit-Baltistan
7
No tolerance for terrorist, criminal networks: Ghani
8
Ghani, Abdullah, Khalilzad Discuss Start Of Intra-Afghan Peace Process
9
It will be clear next week when talks with Taliban will begin: Ghani
10
Afghanistan Schedules Meetings To Prepare For Intra-Afghan Talks