Trump wants forces reduced in Afghanistan by next US election: Pompeo

US President Donald Trump wants combat forces reduced in Afghanistan by the next US presidential election, Secretary of State Mike Pompeo said on Monday, introducing a timeline to Washington’s plan for cutting troop numbers there. 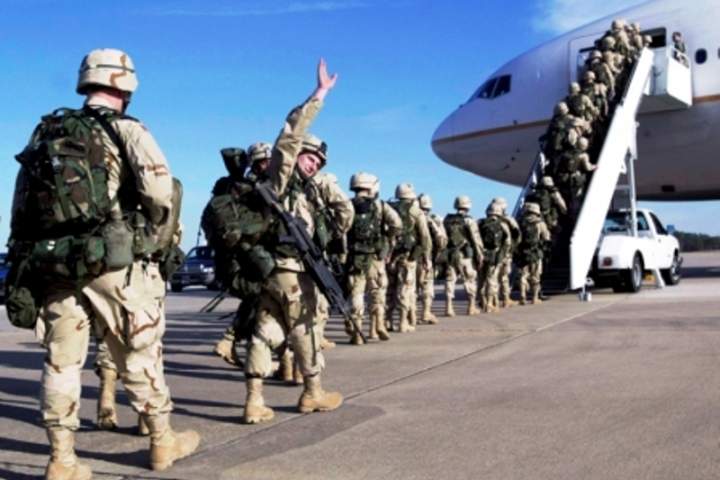 Trump’s South Asia strategy, unveiled in August 2017, called for an open-ended deployment of US forces with the goal of compelling the Taliban to negotiate peace with the Kabul government to end nearly 18 years of war.
“That’s my directive from the president of the United States,” Pompeo told The Economic Club of Washington when asked whether he expects Trump to reduce troops in Afghanistan before the November 2020 election.
“He’s been unambiguous: End the endless wars, draw down, reduce. It won’t just be us,” he said, referring to Trump’s directive. “We hope that overall the need for combat forces in the region is reduced.”
The disclosure of a timeline will add to speculation that Trump is prepared to strike any deal with the Taliban insurgency that will allow for at least partial US withdrawal before American voters go to the polls, irrespective of concerns by the US-backed government in Kabul.
Pompeo’s comments also come at a delicate moment, as the United States prepares to engage in another round talks with the insurgents. Disclosing Trump’s goals of a troop drawdown could weaken the US negotiating position if the Taliban believe Trump wants to withdraw, irrespective of the outlines of any deal.
On Friday, the State Department said Pompeo and Afghan President Ashraf Ghani agreed in a phone call to “accelerate efforts” to end the war and said the United States was committed to a conditions-based drawdown of troops.
Pompeo said he was “optimistic” about negotiations with the Taliban and the Afghan government.
Washington wants to negotiate a deal under which foreign forces would pull out in return for security guarantees by the Taliban, including a pledge that the country will not become a safe haven for terror groups.
“We want them to take their country back and we want to reduce what is, for us, tens of billions of dollars a year in expenditures,” Pompeo added.
The United States and other NATO troops are stationed in Afghanistan as part of a mission to train, assist and advise Afghan forces and to carry out counter-terrorism operations.
Two US service members were killed in Afghanistan on Monday, the NATO-led Resolute Support mission said in a statement. The incident brings the number of American troops killed there this month to three and at least 11 in 2019.
Tags:
Pompeo forces reduced in Afghanistan by next US election
Tuesday 30 July 2019 10:47
Story Code: 189193 Copy text available
Featured news
Watchdog Reports Fraud in Customs Office Appointments
Each Afghan province will have a female deputy governor
Taliban Attacks Stop Traffic on Northern Highway: Sources
the ministry also reported 239 new positive cases in the past 24 hours
100-year old Al-Sarh tree discovered in Abu Dhabi
Saudi Arabia announces health protocols for Hajj
1
Iraqi officials irate as Saudi daily publishes cartoon against Ayatollah Sistani
2
Pakistani and Uzbek Nationals Killed In Clashes With Afghan Forces in Ghazni
3
Khalilzad, Qataris, Taliban discuss development opportunities in Afghanistan
4
Khalilzad Discusses Development Plans With Qataris, Taliban
5
Russian diplomat says some members of US intelligence involved in Afghan drug trafficking
6
Afghanistan Schedules Meetings To Prepare For Intra-Afghan Talks
7
It will be clear next week when talks with Taliban will begin: Ghani
8
Pakistan Army Rubbishes India Claims of Troop Deployment in Gilgit-Baltistan
9
Taliban needs to end violence to help kick start intra-Afghan talks: NATO envoy
10
Iraqis rally to decry Saudi paper’s offensive cartoon of Ayatollah Sistani