The decision to call off the peace negotiations has affected the reputation of the U.S.

Reacting to the cancellation of U.S.-Taliban peace deal by Washington, the Taliban insurgent group in a statement on Sunday said that the group was seeking a political settlement two-decades ago and are still insisting on their stance. 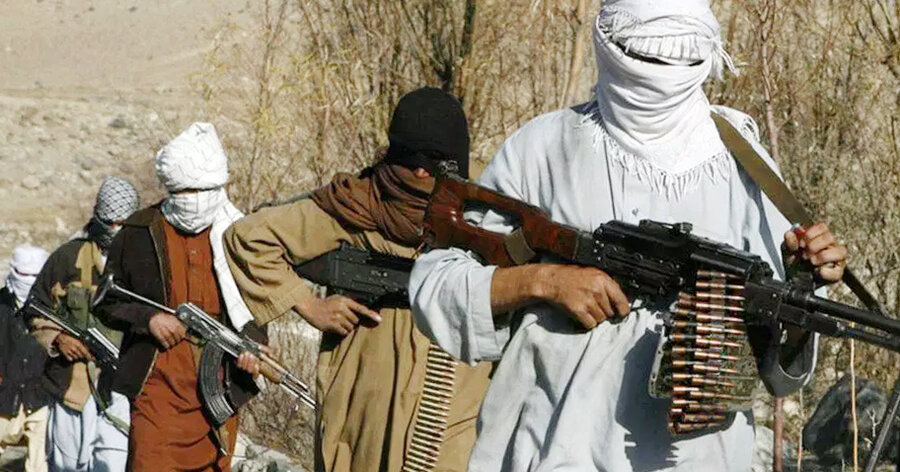 The Taliban statement said that the United States will finally return to the negotiation table and will accept their demands.
According to the insurgent group, the cancellation of the negotiation will harm Washingon.
In addition, the Taliban statement says the group is ready for talks till the end if a political settlement is chosen instead of war.
The insurgent group further says the decision to call off the peace negotiations has affected the reputation of the U.S. and has disclosed its “anti-peace” stance.
“We finalized a peace deal with the United States,” the statement reads,” We wanted to hold intra-Afghan talks on September 23.”
The militant group vows to continue their fighting until the full withdrawal of foreign forces from Afghanistan.
U.S. and Taliban negotiators hold ninth round of talks until the U.S. chief negotiator Zalmay Khalilzad announced last week that the two sides “in principle” have reached to a peace deal.
However, in a surprise move, U.S. President Donald Trump tweeted on Sunday that has “called off” the peace negotiations with the Taliban leaders after the group carried out an attack in Kabul on Thursday, killing a U.S. service member and 11 others.
Trump said he had been planning secret meetings with President Ashraf Ghani and senior Taliban leaders at Camp David on Sunday.
“I immediately cancelled the meeting and called off peace negotiations,” Trump wrote on Twitter, “What kind of people would kill so many in order to seemingly strengthen their bargaining position?”
The U.S. President added if the Taliban cannot agree to a “ceasefire during these very important peace talks” then they probably don’t have the power to negotiate a meaningful agreement anyway.
Sunday 8 September 2019 17:37
Story Code: 191280 Copy text available
Featured news
Afghan peace plan: Kandahar's war-weary residents want the violence to end
'Just leave': Afghanistan withdrawal is no-brainer, but 'deep state' controls US foreign policy, says ex-Virginia lawmaker
Pakistan to hold national dialogue on Afghan peace
Amnesty International Voices Concern Over Referral of 40 People to Afghanistan AGO
Militants' attacks registered amid observing "reduction in violence" in Afghanistan
Afghanistan truce still in effect despite Taliban attacks
1
Afghan peace treaty signed in the presence of Pakistan: Shah Mehmood
2
New York Times slammed for publishing Taliban leader op-ed
3
Iran urges U.S. to withdraw troops from Afghanistan after peace deal announced: Newsweek
4
First-ever Afghan Freight Train Leaves Karachi for Kandahar
5
Significant Drop in Taliban Attacks in Early Hours of RiV: Defense Minister
6
Afghan forces convoy attacked in Kandahar
7
Clashes reported on first day of Afghan truce
8
President Ghani Tasked Commission for Holding Inauguration ceremony
9
China Has Done Tremendous Job in Containing the Virus: Afghan Amb.
10
Civilians celebrate as partial truce mostly holds in Afghanistan