A Taliban’s major stronghold and warehouse of explosives in Ghazni province was located and destroyed by Afghan National Defense and Security Forces, Ministry of Defense (MOD) said in a statement. 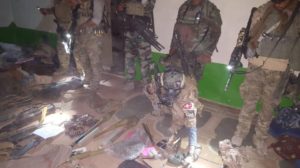