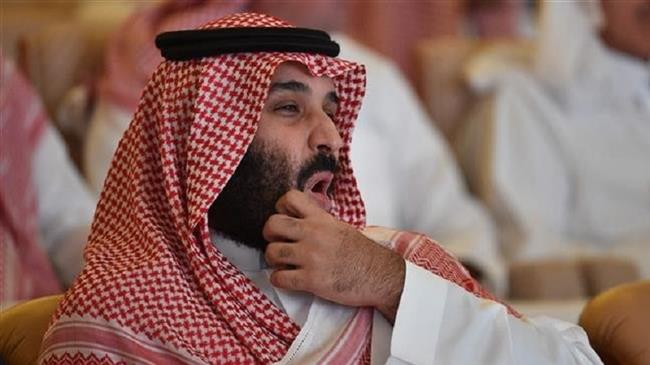 In a new report released on Monday, the New York-based group said activists, clerics and other perceived critics of the Saudi crown prince continue to be arbitrarily detained more than a year after the killing of the dissident journalist Jamal Khashoggi by Saudi agents in the kingdom's consulate in Turkey.
The report noted the detention of dissidents and harassment of their families was not a new phenomenon in the kingdom history, but the wave of repression since late 2017 had been distinguished by new repressive measures.
"Detaining citizens for peaceful criticism of the government's policies or human rights advocacy is not a new phenomenon in Saudi Arabia," it said.
"But what has made the post-2017 arrest waves notable and different, however, is the sheer number and range of individuals targeted over a short period of time as well as the introduction of new repressive practices."
The crackdown under bin Salman began in September 2017 with the arrest of dozens of critics and rights activists in what was widely interpreted as an attempt to crush dissent.
The crown prince has also been on a modernization drive with reforms including allowing women over 21 to obtain passports and travel abroad without the permission of a male guardian.
But these reforms have belied a “darker reality,” according to the report, including the mass arrests of women’s rights activists, a number of whom have allegedly been sexually assaulted and suffered torture including whipping and electric shocks.
The report also said those reforms were a smokescreen for the ongoing detention of dozens of dissidents, some allegedly tortured in custody.
"Important social reforms enacted under Prince Mohammed have been accompanied by deepening repression and abusive practices meant to silence dissidents and critics."
According to the report, the new repressive measure by the crown price included extorting financial assets in exchange for a detainee’s freedom, a tool used against dozens of business people and royal family members arbitrarily held at the Ritz-Carlton hotel in Riyadh in November 2017.
Hundreds of elite princes and businessmen were then detained in what was billed as a move against corruption that was draining state coffers.
HRW cited reports that Saudi Arabia has used surveillance technologies to hack into the online accounts of the regime critics and infected their mobile phones with spyware.
The report also highlighted a lack of accountability for those responsible for Khashoggi's murder, a crime Prince Mohammed has sought to distance himself from.
A UN report released in June said there was “credible evidence” Bin Salman and other senior Saudi officials were liable for Khashoggi’s killing, which the kingdom has characterized as a rogue operation by its agents.
But the international criticism has failed to halt a campaign against perceived dissidents inside the kingdom, according to the HRW report, with waves of arrests carried out against women’s rights activists and their allies this year, including the writer Khadijah al-Harbi, who was pregnant at the time of her detention.