Three Taliban prisoners who were to be freed in exchange for an American and an Australian national, both kidnapped in 2016, are still in custody in Bagram prison, north of the capital Kabul, Taliban spokesman Zabihullah Mujahid said Friday. 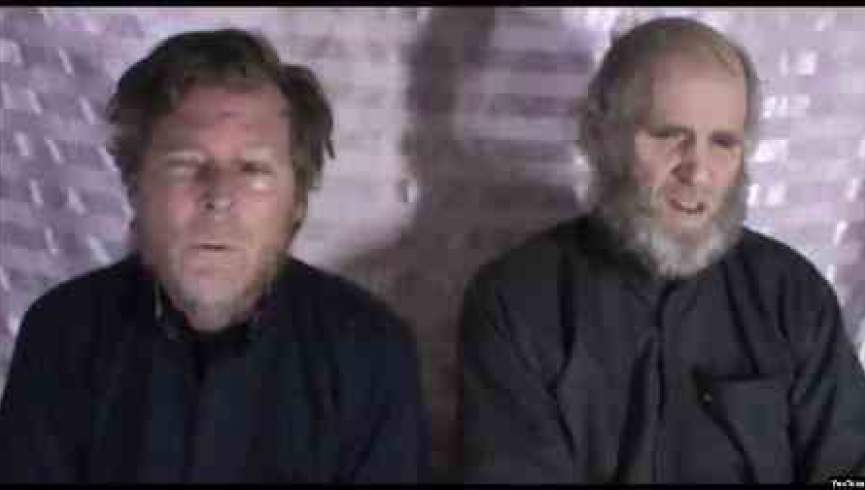 The three Taliban prisoners did not show up at an exchange site that had been agreed upon with the U.S., though Afghan President Ashraf Ghani said they would be freed.
Mujahid had no explanation for the no-show.
The three Taliban prisoners included Anas Haqqani, the younger brother of the Taliban´s deputy chief Sirajuddin Haqqani, who leads the fearsome Haqqani militant network. They were to be exchanged for American University of Afghanistan professors, American Kevin King and Australian Timothy Weeks.
Mujahid said the professors are still in Taliban custody.
In a televised address to the nation on Tuesday, Ghani said the "conditional release" was a very hard decision to make.
Prisoner releases were a key point during peace talks between the U.S. and Taliban last year. U.S. President Donald Trump abruptly ended the talks in September, following a spate of violent attacks in Kabul that killed more than a dozen people, including a U.S. soldier.
The prisoner exchange was seen as a possible door to restarting the talks. U.S. peace envoy Zalmay Khalilzad has crisscrossed the region in recent weeks meeting with Washington´s NATO allies, as well as Russia, China, Pakistan and Afghanistan.
President Ghani has repeatedly demanded his government be included in talks with the Taliban, who have refused saying the Afghan government is an American puppet.
Ghani is now in the middle of a controversial contest for his job as president following Afghanistan´s Sept. 28 elections, which drew allegations of widespread misconduct and fraud.
Preliminary results were supposed to be released on Thursday, but have once again been postponed.
Ghani had hoped a big win in the presidential polls would solidify his political position, but the recount of ballots has been challenged by his main rival, Abdullah Abdullah, who shares power in Afghanistan´s coalition government.
That government was cobbled together after the 2014 presidential elections, which were so deeply overwhelmed by allegations of fraud that the United States stepped in to broker a power sharing agreement between Abdullah and Ghani.