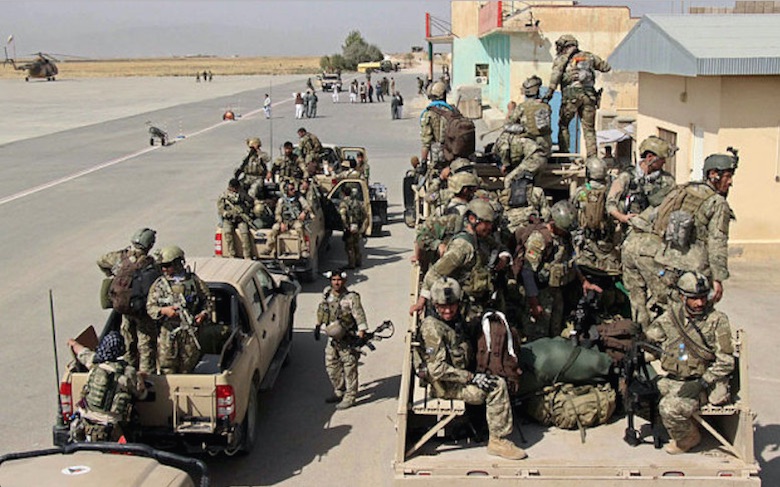 "One militant was killed and two others were arrested after troops launched an operation in Nahri Sarraj district of southern Helmand province Monday night. The special forces seized a binocular and destroyed 350 kg explosive materials with some amount of weapons following the raid," the Afghan National Army Special Operations Corps said in a statement.
In western Farah province, three Taliban were killed and their vehicle was destroyed after the Special Forces conducted an airstrike in Chahar Burjak village of Shindand district roughly at 04:24 p.m. local time on Monday, the statement added.
The Afghan security forces have recently beefed up security operations against the Taliban militants who have been attempting to take territory and consolidate their positions in the countryside ahead of winter.
The Taliban insurgent group, which has been waging an insurgency of more than 18 years, has not made comments yet.